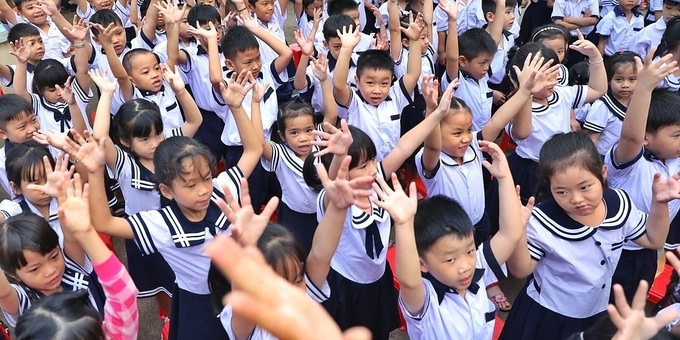 Vietnamese youths are getting taller, with the average height for males and females last year growing by 3.7 and 1.4 centimeters, respectively, as compared with 2010.

According to the National General Nutrition Survey for 2019-2020 released by the health ministry’s National Institute of Nutrition (NIN) on April 15, the average height for 18-year-old males rose to 168.1 centimeters and females of the same age group, 156.2 centimeters.

The survey, conducted every 10 years, was a joint effort between the NIN and the Ministry of Planning and Investment’s General Statistics Office, with support from many international organizations.

As the largest of its kind, the nutritional census was carried out with the participation of 22,400 households in 25 cities and provinces representing six ecological areas, said Deputy Minister of Health Do Xuan Tuyen.

It collected anthropometrical data as well as those on micro-nutrients, individual food portions, food security, and food hygiene and safety, he said.

The official added that the survey reveals the overall landscape of nutritional intake in Vietnam, progress made over the past decade, and the challenges in the time to come.

It unveiled that the prevalence of excessive weight and obesity increased from 8.5 percent in 2010 to 19 percent in 2020, with 26.8 percent recorded in urban areas, 8.3 percent in rural areas, and 6.9 percent in mountainous areas.

The report also pointed out that malnutrition is still too common around the country, particularly in disadvantaged and ethnic minority areas.

Excessive weight and obesity remain high in both urban and rural areas and among people of different ages, resulting in an uncontrollable rise in diet-related non-communicable diseases. Besides, there remain problems regarding food quality and safety.

Rana Flowers, a representative of the United Nations International Children’s Emergency Fund (UNICEF) in Vietnam, said Vietnam is facing an overweight and obesity burden. Meat consumption increased rapidly, from 84 grams per person per day in 2010 to 136.4 grams last year. Urban meat consumption was higher, at 155.3 grams.

She also warned of an increase in the consumption of soft drinks and fast food in schools across urban cities.

The UNICEF representative suggested that Vietnam should take nutritional integration among priority groups in mountainous areas in the north and Central Highlands in the 2021-2030 national nutrition strategy, as malnutrition among under-5 children in these localities still stays high, at 34.4 and 28.8 percent, respectively.

In 2013, the government launched a program that was aimed at improving the nutrition and physical health of Vietnamese citizens, which could increase the average height of the population.

Under the $285 million project, the average height of women and men are expected to increase to 157.5 centimeters and 168.5 centimeters by 2030.

The US’s World Population Review in September 2019 ranked Vietnamese the fourth shortest people in the world, with an average height of 162.1 centimeters, only taller than Indonesians, Filipinos, and Bolivians.