To Van Lai, who founded the Trung tâm ca nhạc Thúy Nga and turned it into a lasting cultural symbol in the spiritual lives of Vietnamese both at home and abroad, died on Tuesday, July 19 in the American state of California. He lived to the age of 85.

His daughter, Marie To Ngoc Thuy, said he died “peacefully” at 11:05 a.m. at his Midway City home after battling illness for months. 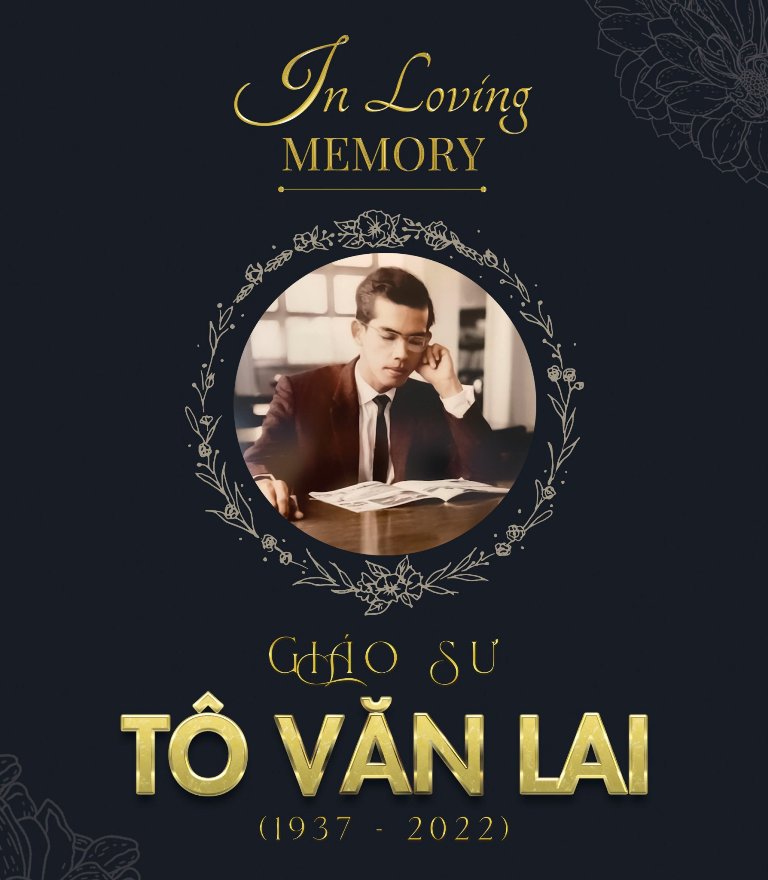 His departure marks the end of an era in which he was instrumental in the establishment of one of the most influential Vietnamese cultural institutions outside of Vietnam. From a store selling plastic tapes and cassettes in Saigon, he and his ex-wife founded the Trung tâm ca nhạc Thúy Nga, which now produces music programs, the legendary variety show “Paris By Night”.

According to the website of Thuy Nga Productions in Westminster, California, an estimated 70-80 million Vietnamese people worldwide watch “Paris By Night”.

Thuy, who is also the CEO of Thuy Nga Productions, stated that despite his declining health, her father still participated in the song selection for a live music show in May.

Many people in the art world are mourning his death, having closely followed his progress through Ms. Thuy’s social media updates over the past few months.

Mr. To Van Lai was born on May 11, 1937, in Saigon-Gia Dinh. He earned a bachelor’s degree in philosophy from the University of Education in Da Lat before being hired to teach at a girls’ school in My Tho. To the end of his life, he was still referred to as “professor” by family and friends.

In 1972, he and his ex-wife founded Thuy Nga Music Center, producing the first music tapes featuring Khanh Ly and Thai Thanh. Under the new regime, the business was suspended in 1975, and he and his family crossed the border to France in 1976.

After struggling to make ends meet and amassing funds in the early years, he produced the first Paris By Night show in Paris in 1983. Three years later, the second show debuted.

However, the program’s long-term viability was most likely sown by Mr. Lai’s important decision to find someone knowledgeable about Vietnamese history and culture to run the program, and link the musical repertoire. Individual pieces of music united by a common theme Since the early 1990s, Paris By Night has worked with Nguyen Ngoc Ngan to create its own identity and imprint.

“The third and most important strategic decision was to relocate the Thuy Nga center from France to California because after releasing the tape there, he saw the Vietnamese community in the country.” “The United States is the market that feeds the arts,” Nguyen Ngoc Ngan added.

Mr. Lai died just as the latest Paris By Night episode was about to be filmed in Las Vegas. Ms. Thuy stated that due to the show’s large scale and complexity, post-production will take place after the final show on July 31, and details will be widely announced. It will also be the final show in which Nguyen Ngoc Ngan serves as MC before retiring from the stage.

“It’s a shame that Mr. Lai invited me 30 years ago, but he couldn’t make it to my farewell show because he left me 10 days before,” Nguyen Ngoc Ngan said shyly.

Ricky Head covers general news and musical events for The HeadMediaNow. In addition to concert coverage, he is a photographer based in Seattle, Washington, and he photographs hundreds of concerts, festivals, and events each year. He takes pride in providing rich, high-quality images at a rapid pace. Due to a well-tuned workflow and the use of new technology, most events covered are represented on social media while the event is still taking place by the outlets and artists with whom he collaborates.