24.3k
views
ShareTweetSubcribe
Sharing is caring It's the biggest motivation to help us to make the site better.

The titles for the first four Star Trek: Discovery episodes are here, and they are enigmatic to say the least.
There’s less than a week until Discovery premieres on CBS and then CBS All Access but very little has been revealed about what we can expect from the new series. These four episode titles actually give us our best guesses about how the new series will unfold and where the story plans to take us. Let’s break it down.

Episode 1 — “The Vulcan Hello”: The most literal translation of this is that we’re going to learn what the greeting version of the Vulcan Salute is, considering the famous Leonard Nimoy patented hand signal is typically used as a sign-off gesture. However, the more logical conclusion is that Discovery isn’t going to waste time digging into First Officer Michael Burnham’s (Sonequa Martin-Green) backstory, and get right into saying “hello” to this character with a peculiar Vulcan lineage. She’s a human who was raised on Vulcan, specifically by Spock’s father Sarek (James Frain). Will we get an answer to why Spock has an adopted sister we’ve never heard of before? At the very least, we should find out what the effects of raising a full human in a culture that inhibits emotion are and how that led to an illustrious career in Starfleet.
Episode 2 — “Battle at the Binary Stars”: We’re not afraid to go literal with this one. Binary stars are two stars that orbit around the same center of mass, keeping them connected. Discovery is set during war time with the Klingons so battles are to be expected, and we’d bet the show doesn’t want to waste time before showing off some awesome space battle effects. We’ll see how Starfleet matches up against their most iconic villains.
Episode 3 — “Context Is for Kings”: Captain Lorca (Jason Isaacs), the leader of U.S.S. Discovery, is defined by his military prowess. He’s about strategy and winning battles to defeat the enemy and we’d wager that diplomacy isn’t really his strong suit. Star Trek has always been a show about discussing ideas though, so there’s undoubtedly someone who believes in trying to understand who the Klingons are and what they want before engaging in war. It seems most likely that Episode 3 will be a “battle of philosophies” episode.
Episode 4 — “The Butcher’s Knife Cares Not for the Lamb’s Cry”: Episode 4 claims the most enigmatic title that could apply to any member of the cast. The saying is a metaphor about mercy though, because the butcher can’t hesitate over a bleating lamb if he/she wishes to get the meats they need for their customer. It can also be a metaphor for humanity and how we treat those we perceive as below us. Do you show mercy to someone in pain or do you do the job that needs to be done? Whoever the butcher is has some tough decisions to make, and it’s not going to work out for the lamb. 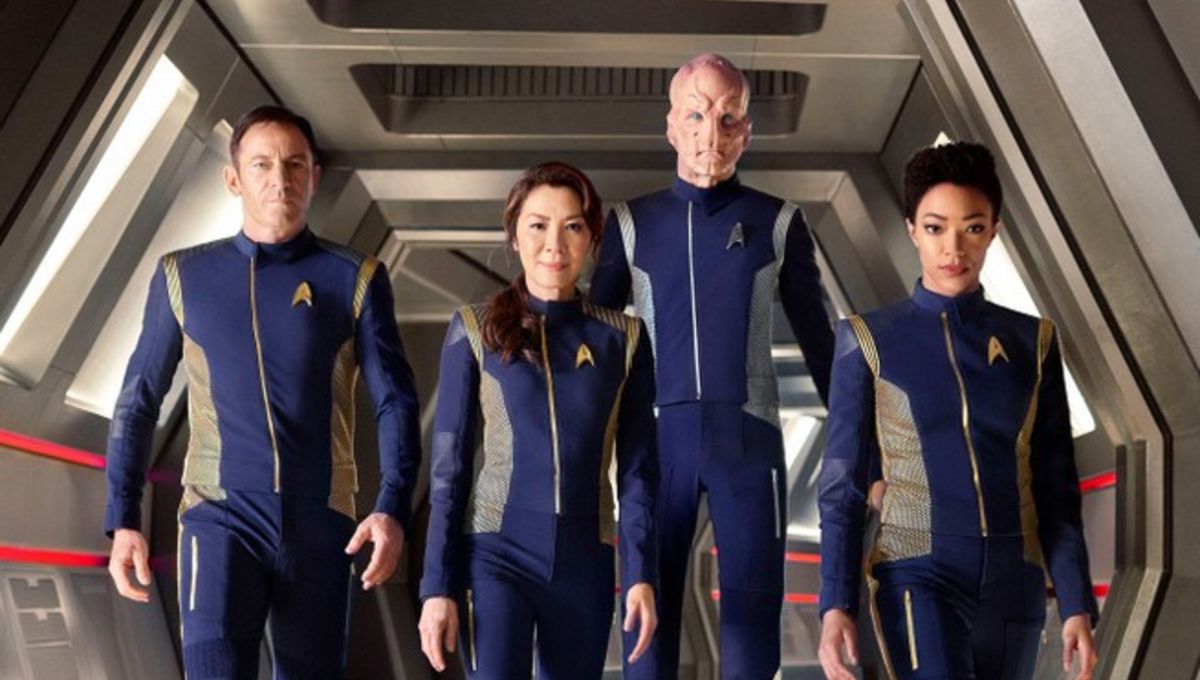 24.3k
views
ShareTweetSubcribe
Sharing is caring It's the biggest motivation to help us to make the site better.
Share