Singer Phi Nhung was infected with Covid-19 and has been hospitalized at Gia An 115 Hospital since August 15. When her condition worsened, she was transferred to Cho Ray Hospital on August 26.

Before her death, singer Phi Nhung was diagnosed with severe complications of Covid-19, lung consolidation, and partial lung necrosis; with Cytokine storm, multi-organ failure. She was given ECMO (artificial cardiopulmonary) by the hospital and continuous dialysis.

Despite the best efforts of the doctors and nurses, due to her serious illness, the singer passed away at the age of 49.

Singer Phi Nhung was born in 1972 in Pleiku, to an American father and a Vietnamese mother. With a difficult family situation, Phi Nhung could only study until the end of 6th grade, then switched to sewing to earn a living. Growing up in a difficult situation, she still cherished the dream of becoming a singer since childhood. 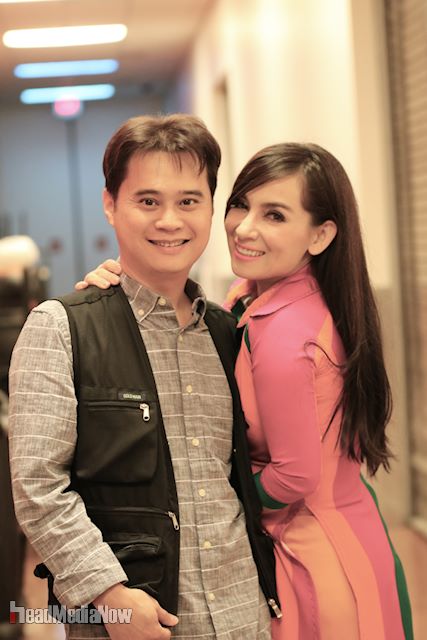 In 1982, Phi Nhung’s mother died when she was 10 years old. Orphaned by both parents, Phi Nhung had to stay with her grandparents. She has to earn money and take care of her 5 half-siblings and grandchildren.

In 1989, Phi Nhung went to the US to settle down as a mixed-race. Here, she met Trizzie Phuong Trinh at a charity performance at a temple in the US and was advised by Trizzie to follow a singing path.

Phi Nhung began to be loved with the song Song Que 1 duet with male singer Thai Chau at Hollywood Night 15 and then had a debut CD with singers Tuan Vu and My Huyen.

In 1998, Phi Nhung was the female singer who released the most albums and had record-breaking sales, so people in the world and the audience gave her the stage name “The Queen of Records”.

Since 2002, Phi Nhung was officially allowed to return to perform in Vietnam and became the exclusive singer of Rang Dong music center in 2005. Besides singing, Phi Nhung also participated in many other fields such as acting. TV actor, movie actor, reformed artist, drama artist, comedian, MC.

During more than 2 decades of artistic activities, Phi Nhung rarely gets into the noise of her private life. In recent years, Phi Nhung has adopted many orphans and orphans. She once confided that she wanted to be alone to take care of her children because she did not want her own misfortune to repeat with these difficult children.

According to information from Phi Nhung’s team, in July 2021, she planned to return to the US to reunite with her daughter, but in the end chose to stay in Ho Chi Minh City because: “The city is hurting like this, many people still suffering because of the translation, it is useful to stay. When everything is better, I don’t feel guilty about going anywhere.”

Phi Nhung decided to stay and continue her philanthropic journey such as contributing to the vaccine fund, calling for the purchase of ventilators, sending rice to the poor, participating in cooking for the homeless kitchen. .. from mid-June to August 5. She also carefully takes care of her health, testing for Covid-19 every week, but unfortunately, she was infected with an unknown source of infection.