43.6k
views
ShareTweetSubcribe
Sharing is caring It's the biggest motivation to help us to make the site better.

Before the wedding on May 2 in Ho Chi Minh City, singer Ha Thanh Xuan released wedding photos with her husband, businessman Thang Ngo.

Ha Thanh Xuan is dressed in two dresses by Chung Thanh Phong. The slit, lace, and chiffon material that penetrates the bride’s body are the dress’s highlights. The singer and her husband posed for photos in the studio, which was lavishly decorated with fresh flowers and trees. 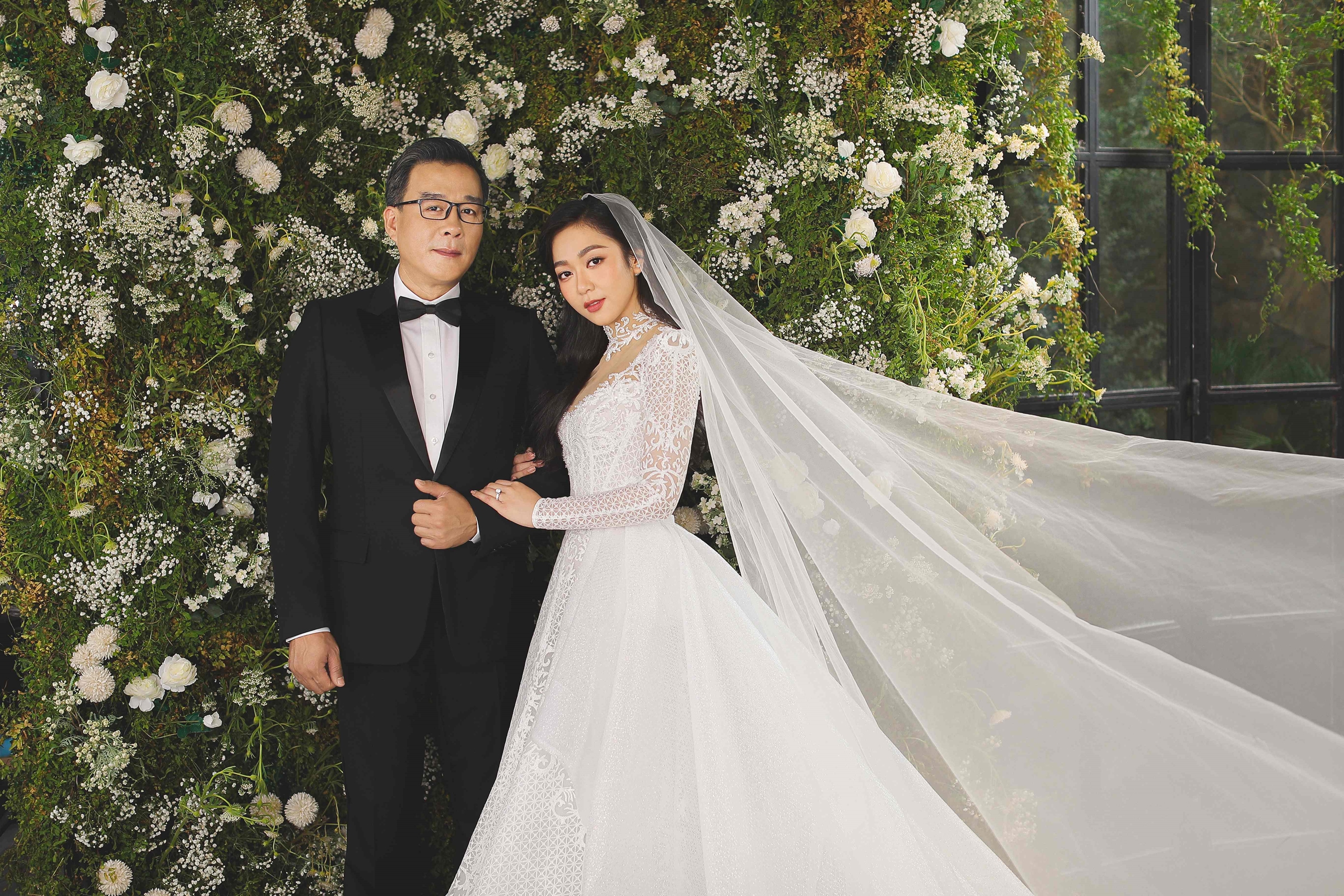 They met in April 2021 as a result of a TV director’s matchmaking. Thang Ngo was divorced from his ex-wife at the time. He stated that he did not want to meet people in showbiz at first, so he refused to meet before Ha Thanh Xuan returned to the United States. Later, after hearing and learning Ha Thanh Xuan’s voice, he became a fan, actively texting her to get acquainted. After more than a month of pleading, he finally got her approval. 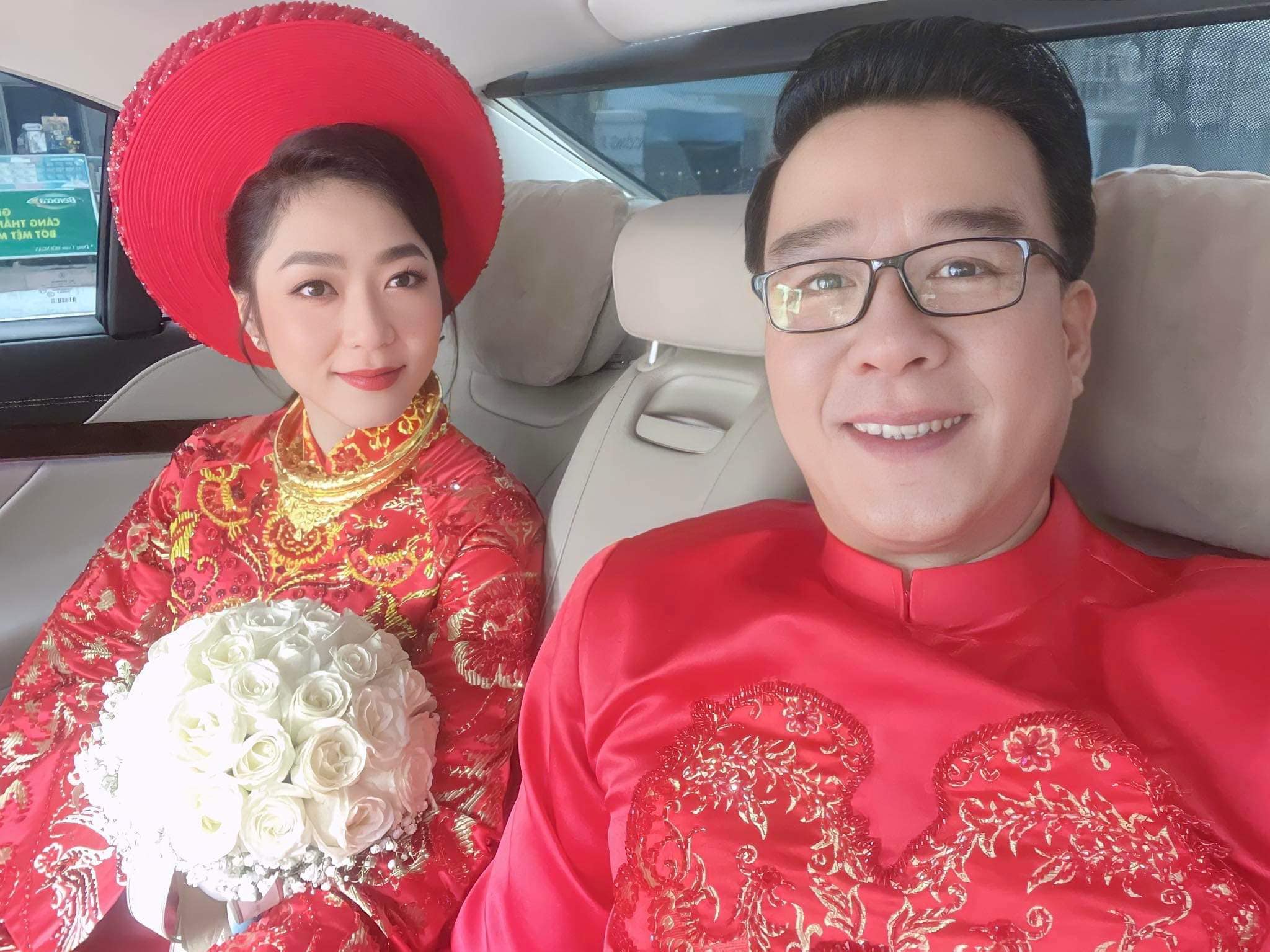 Due to geographical distance and the inability to date directly due to the pandemic, they initially texted and chatted via FaceTime. Despite this, the two found common ground and became increasingly connected. According to Thang Ngo: “I’m a person who rarely smiles, and it’s difficult to make me smile. I feel like a different person when I talk to Xuan. Since the day I met her, I have not smoked a single cigarette.” 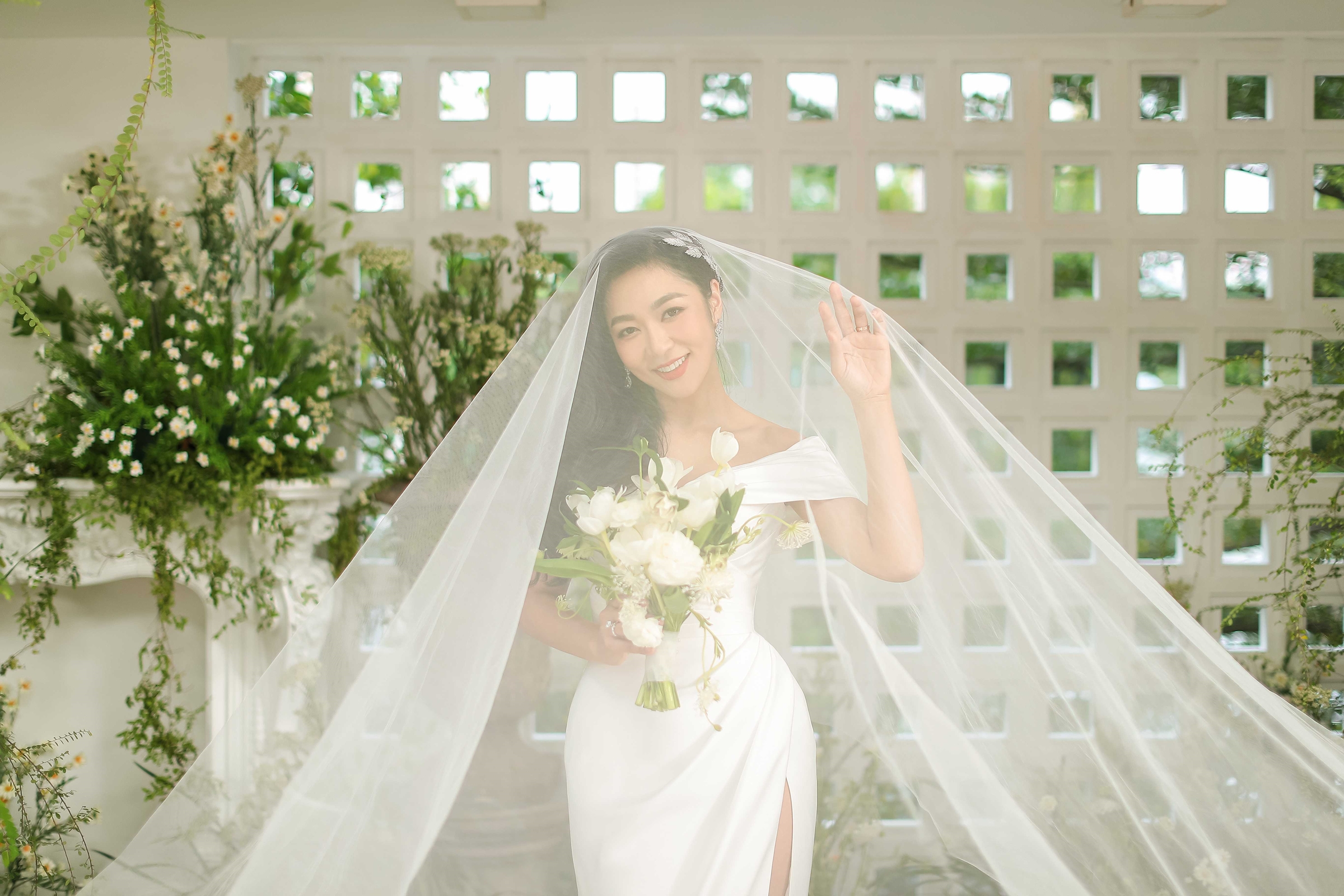 Ha Thanh Xuan mentioned that her fiancé was an emotional person. She had never been to a men’s fashion store before meeting him. Because Thang Ngo frequently wears a shirt, she bought him a plethora of costumes. Despite the fact that her boyfriend had been through a divorce and had a daughter of his own, she was willing to accept him because she saw many positive aspects in him. 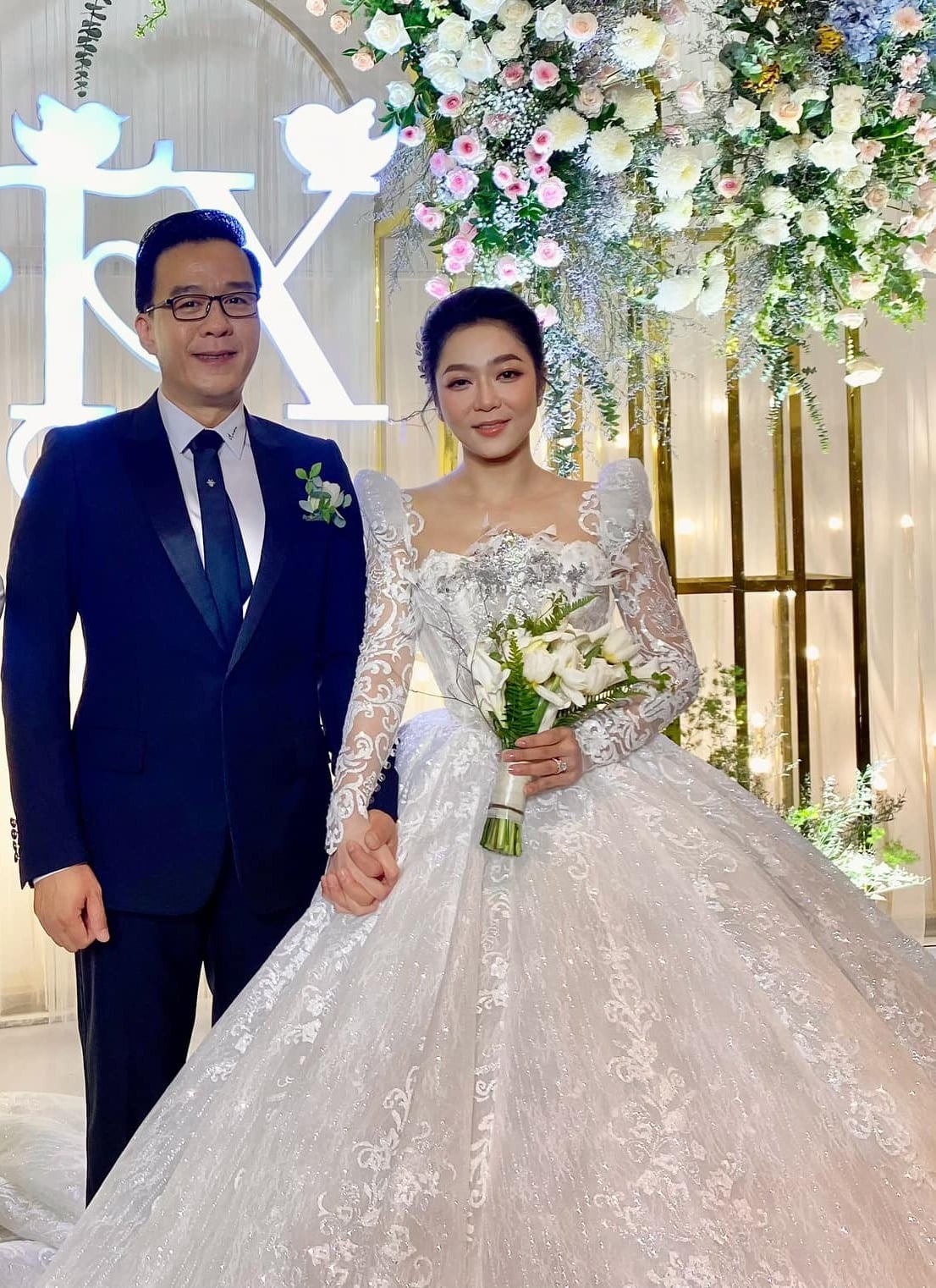 When Ha Thanh Xuan returned home from the United States in March 2022, the two met for the first time. In early April, Thang Ngo proposed to his girlfriend. Ha Thanh Xuan burst into tears as the lover exchanged the ring. 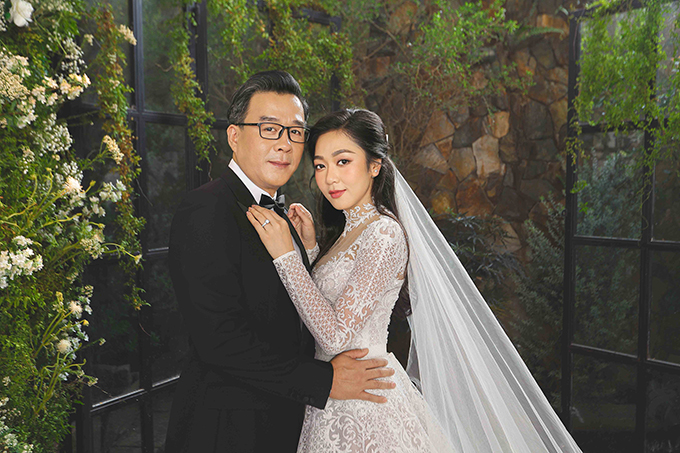 The singer stated that she had invited MC Nguyen Cao Ky Duyen to officiate at the wedding in early May. She sent greeting cards to colleagues such as Nhu Quynh, Dam Vinh Hung, Duong Trieu Vu, and Bao Thy…

Ha Thanh Xuan was born in Ho Chi Minh City in 1988. In 2005, she won four awards at the Ho Chi Minh City Television Singing Contest. After being active in the country for some time, she relocated to the United States in 2010 and began singing bolero music and performing comedies.