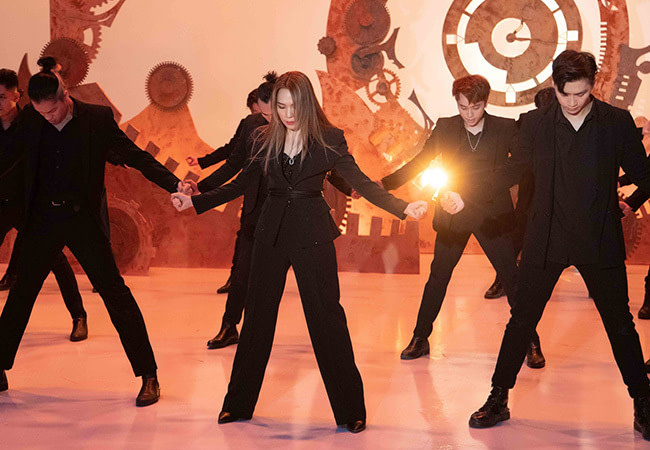 If you pay attention, MV Hao Quang is a reenactment of the entire album cover by My Tam.

In the MV Hao Quang, My Tam continued to show off her dancing skills. In addition, the female singer also flexibly transforms with different images, recreating the images associated with her in previous albums.

On April 17, My Tam officially released MV Hao Quang. This is the MV “paving the way” for the female singer’s Liveshow Tri Yin to be held on April 25. The song “Hao Quang” is a gift to her “tri âm”, who has been with “Họa mi tóc nâu” during the past time.

My Tam’s choreography in the MV also made many fans excited. Many viewers predicted that the female singer will definitely bring the choreography with the crew to the upcoming Tri Yin live stage.

After the release of the MV Hao Quang, My Tam continued to spend time before the show for training activities to prepare for the upcoming 2 concerts. Currently, the entire number of tickets for the concert of Tri Yin in the city. HCM (Phu Tho Stadium) has been sold out. Meanwhile, the tickets for Tri Tin’s live show in Hanoi (My Dinh Stadium) are also very few.