Military Romance Scams: Are You a Target? 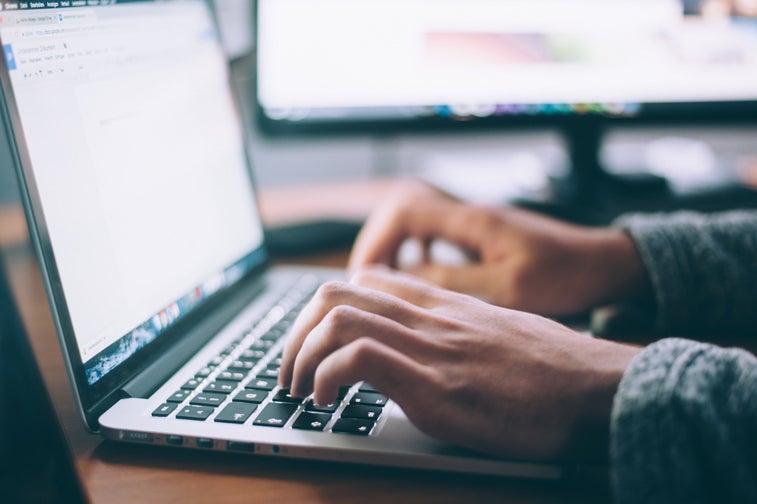 Are you dating or talking online to someone who says they are a military member? Have they asked you for funds or documents? You might be looking for true love, but chances are good that you are the victim of one of the thousands of military scams conducted every day.

U.S. military officials have warned those involved in online dating to proceed with caution when corresponding with someone claiming to be a U.S. military member serving in Syria, Afghanistan, or elsewhere.

Officials and websites like Military.com receive hundreds of questions or allegations a month from victims who state they got involved in an online relationship with someone who claims to be in the U.S. military but started asking for money for various false service-related needs such as transportation costs; communication fees; or marriage, processing or medical fees.

Victims of these online military scams often think they are doing a good deed by helping a military member. Instead, they have given their money to a scammer, sometimes losing thousands of dollars, with a very low possibility of recovery.

The U.S. has established numerous task forces to deal with this growing epidemic. Unfortunately, the people committing these scams are often overseas — using untraceable email addresses, routing accounts through numerous locations around the world, and utilizing pay-per-hour Internet cyber cafes.

Military Scams: What to Look For

There are a variety of words and phrases used by scammers to hook unsuspecting men and women into relationships. Here are some examples:

They say they are on a “peacekeeping” mission.
They say they are looking for an honest woman.
They note that their parents, wife, or husband are deceased.
They say they have a child or children being cared for by a nanny or other guardian.
They profess their love almost immediately.
They refer to you as “my love,” “my darling” or any other affectionate term almost immediately.
They tell you they cannot wait to be with you.
They tell you they cannot talk on the phone or via webcam for security reasons.
They tell you they are sending you something (money, jewelry) through a diplomat.
They claim to be in the U.S. military; however, their English and grammar do not match that of someone born and raised in the United States.

Scammers tend to use similar stories to convince men and women that they have a legitimate need. Military.com regularly receives questions about these claims. Here are common answers to those questions:

Military Scams: How to Avoid Them

You can avoid being taken for a ride by a military scam artist by practicing a few easy habits.

Never send money. Be extremely suspicious if you are asked for money for transportation costs, communication fees, or marriage processing and medical fees via Western Union.

Do your research. If you do start an Internet-based relationship with someone, check them out. Research what they are telling you with someone who would know, such as a current or former service member.

Communicate by phone. Be very suspicious if you never get to actually speak with the person on the phone or are told you cannot write or receive letters in the mail. Servicemen and women serving overseas will often have an APO or FPO mailing address. Internet or not, service members always appreciate a letter in the mail.

Fact-check. Many of the negative claims made about the military and the supposed lack of support and services provided to troops overseas are far from reality. Check the facts.

Don’t use a third party. Be very suspicious if you are asked to send money or ship property to a third party or company. Often, the company exists but has no idea or is not a part of the scam.

Watch for African countries. Be very suspicious if the person you are corresponding with wants you to mail anything to an African country. While some U.S. troops are stationed there, they are few and far between. Someone claiming to be in a place where we have few troops is suspect. Many scams originate in Nigeria.

Watch for grammar. Be aware of common spelling, grammatical, or language errors in emails.

Be guarded. Be very suspicious of someone you have never met and who pledges their love at warp speed.

Military Romance Scams: How to Get Help

How do you get help if you are the victim of a military scam or think you have found a romance scammer posing as a military member?

Unfortunately, if you’ve given money to a scammer, you’re unlikely to get it back since scammers are often located overseas and are untraceable.

You can report identity theft to the Federal Trade Commission. Your report helps law enforcement officials across the United States in their investigations. Report it online or by phone at 1-877-ID-THEFT.

Finally, report the scam to the Federal Trade Commission on Nigerian Scams by email at spam@uce.gov.

I've been a weekend filmmaker/photographer in Seattle, Washington, since 1999. I enjoy routine weekend outings to live concerts, as well as my passion for photography and videography in the form of live music videos.