Hoang My An is dressed in a unique ao dai

Singer Hoang My An poses for photographs on New Year’s Day in California, USA, wearing a series of innovative ao dai. 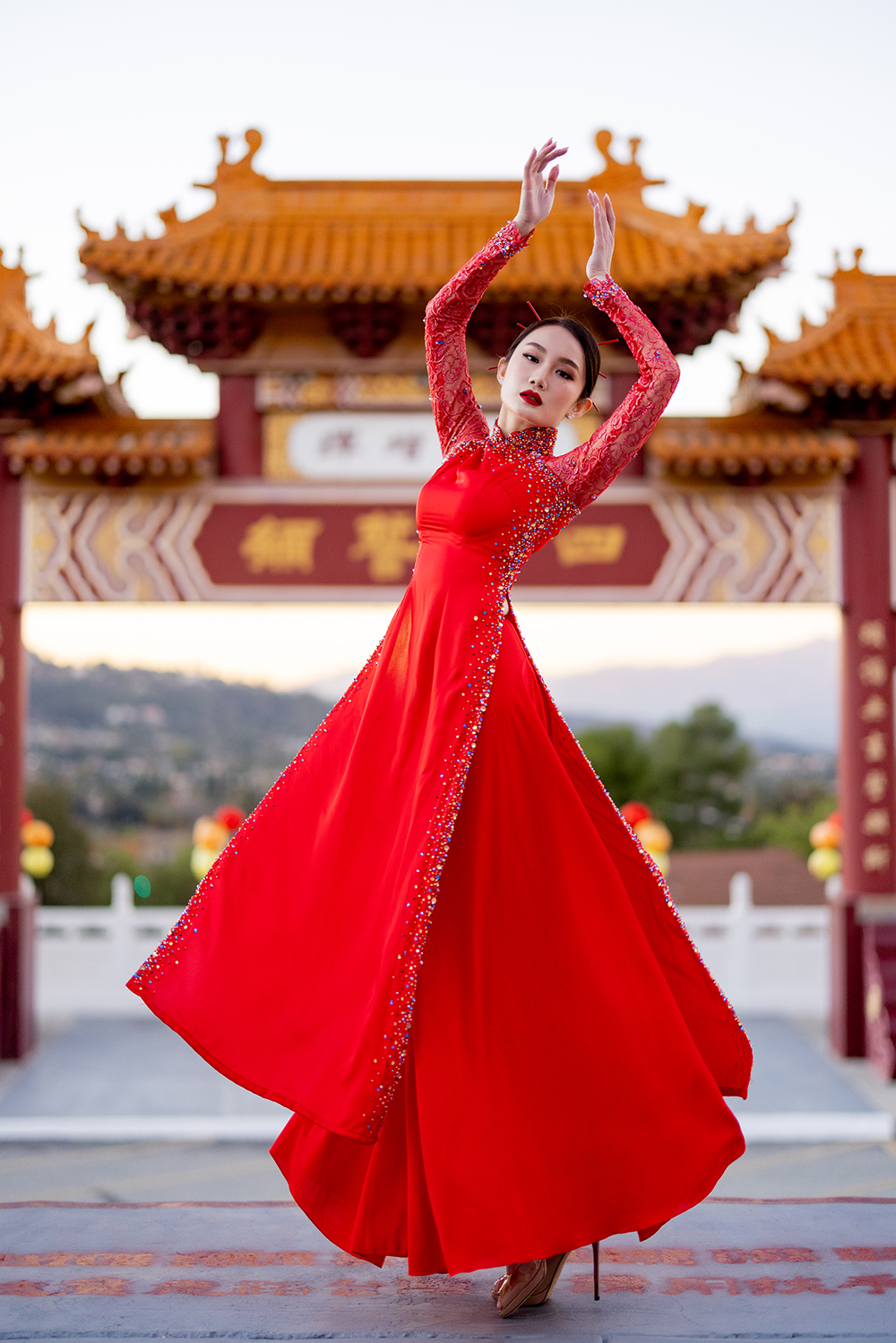 In Southern California, she did a fashion photoshoot at Tay Lai Fo Quang Son Temple. The unique Ao Dai is embellished with beaded motifs at the neck and hem. 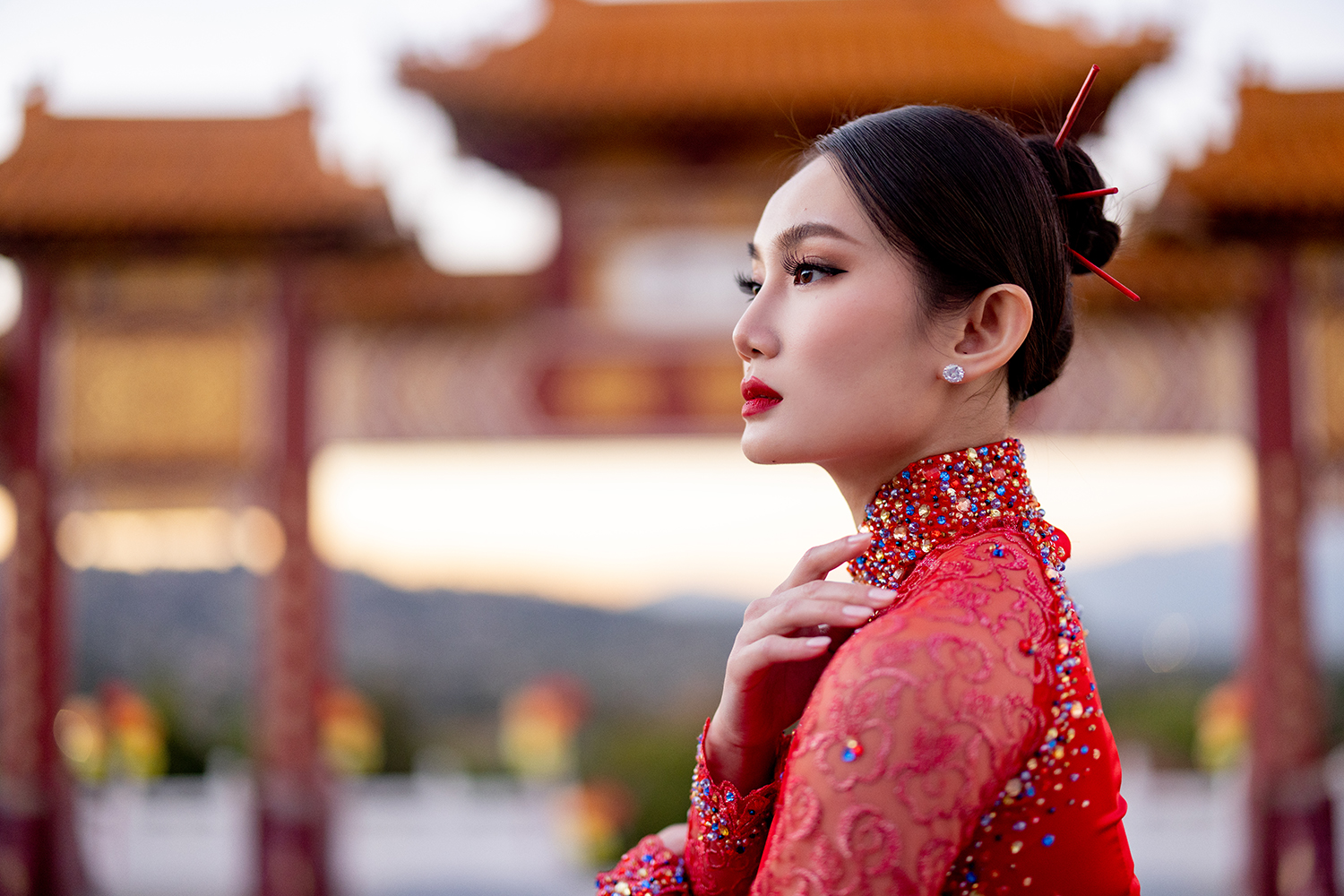 The arm has a penetrating design, and the shoulder is covered in lace and chiffon. She chose a dark red lipstick shade and applied it in a block to emphasize the edge of her face. 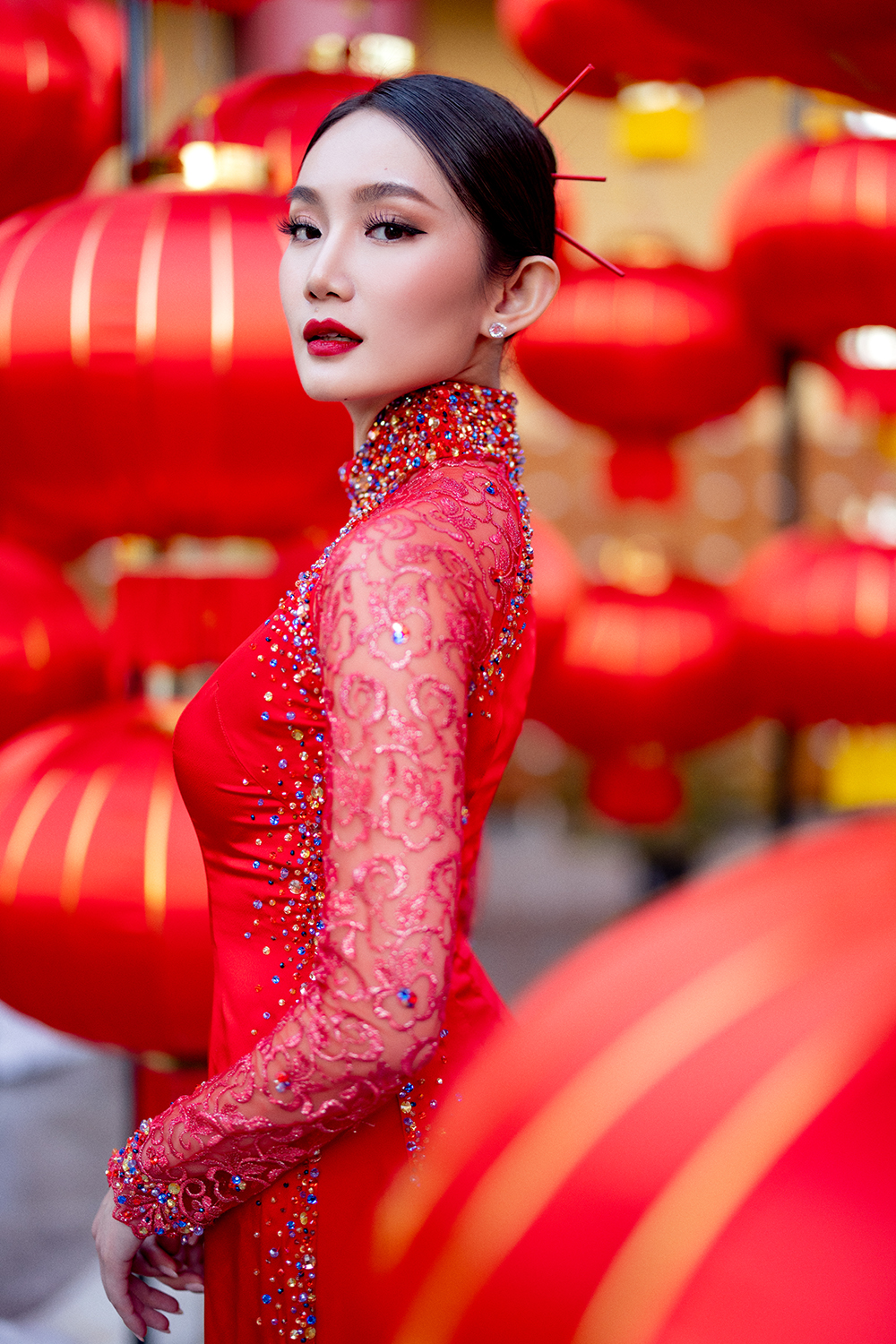 Hoang My An maintains her slim figure by focusing on dancing practice. Despite her hectic school schedule, she spends 1-2 hours each day practicing dancesport, in addition to the gym and yoga, her two favorite subjects. 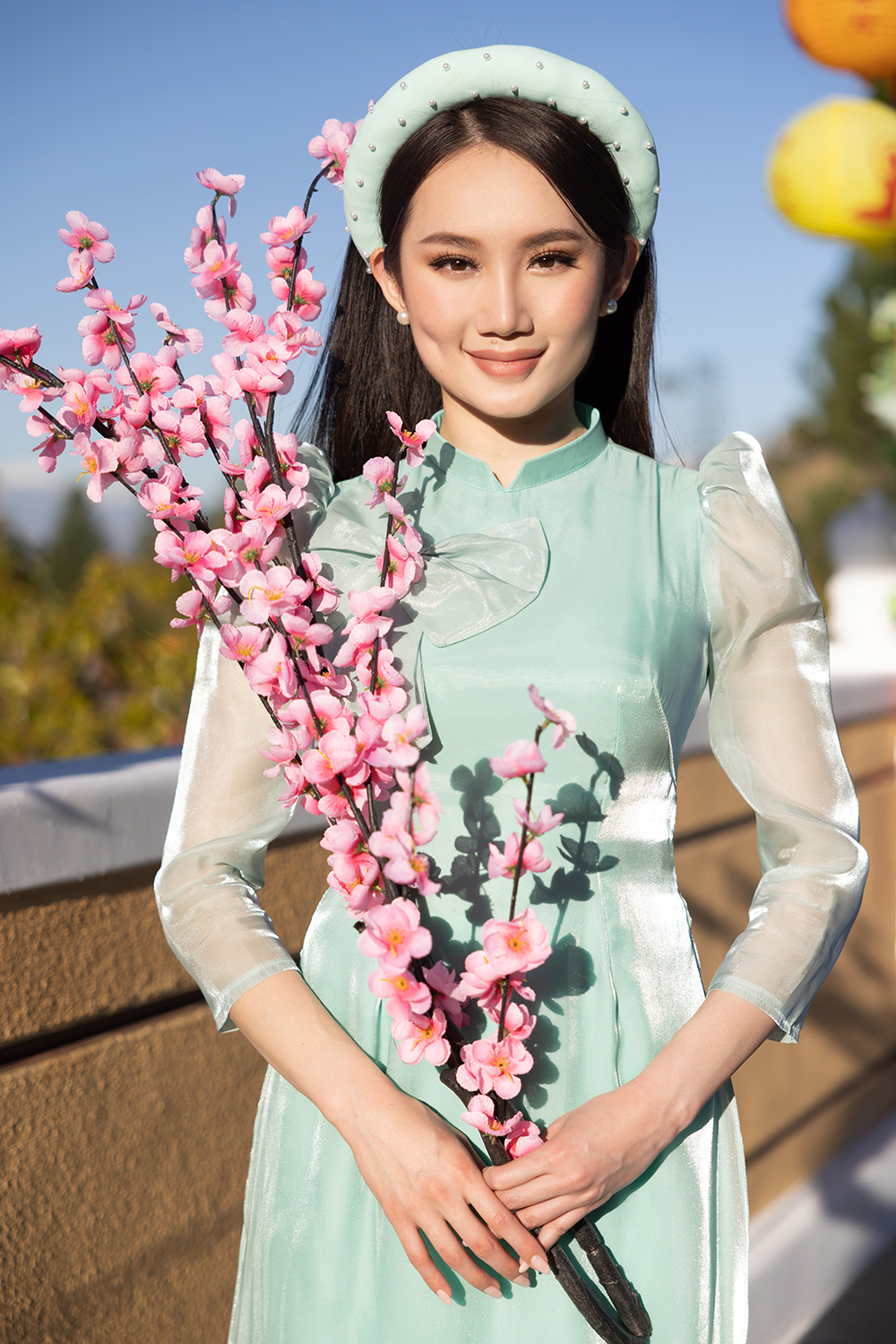 The stunning lady wears pastel blue ao dai with matching accessories. My An opted for a softer makeup look with nude lipstick, allowing her long hair to part. 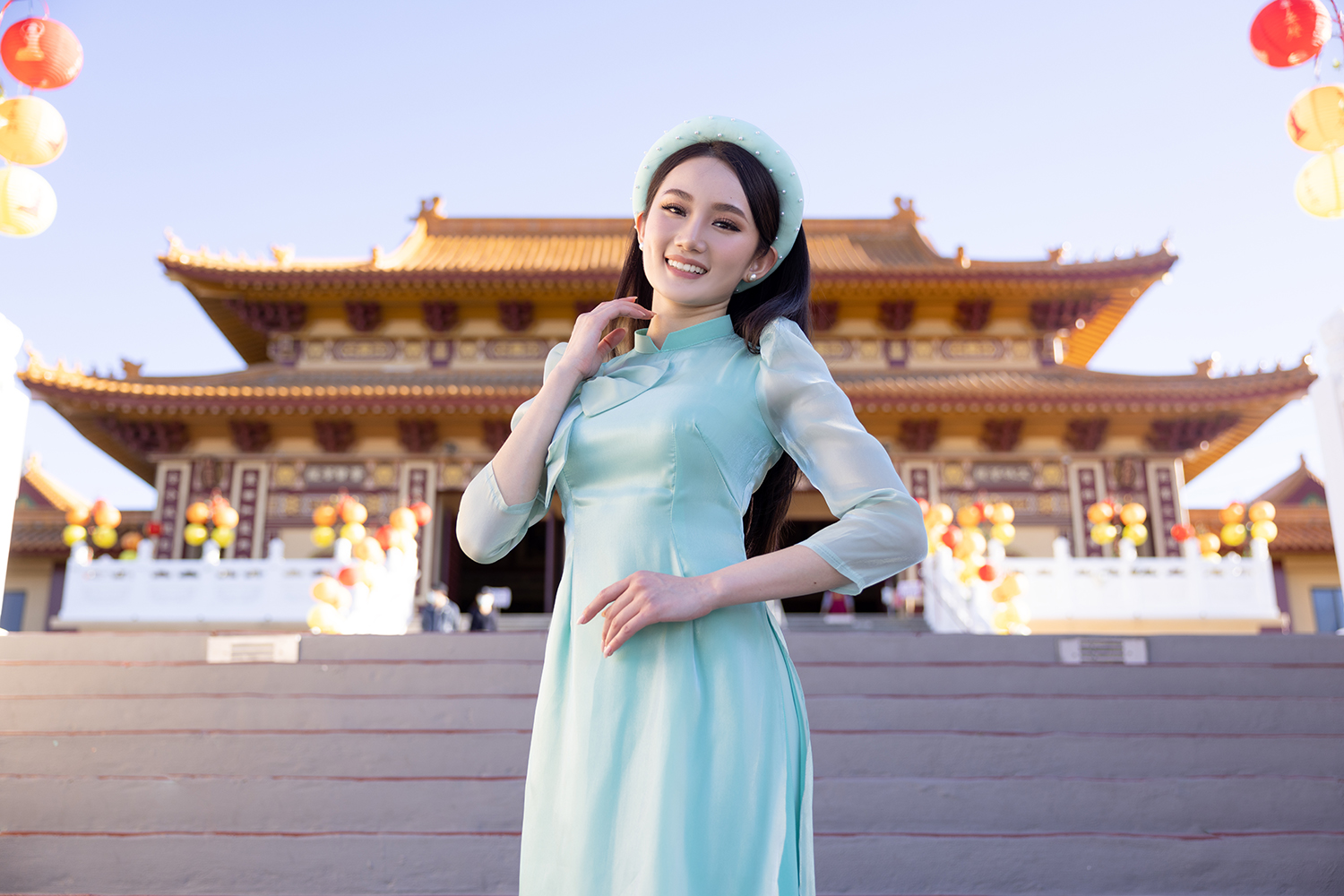 Every year, on the occasion of Tet, My An and her family pay a visit to the temple. This year’s Tet will be more complete for the lovely lady when her father visits America for the first time to reunite with his daughter. 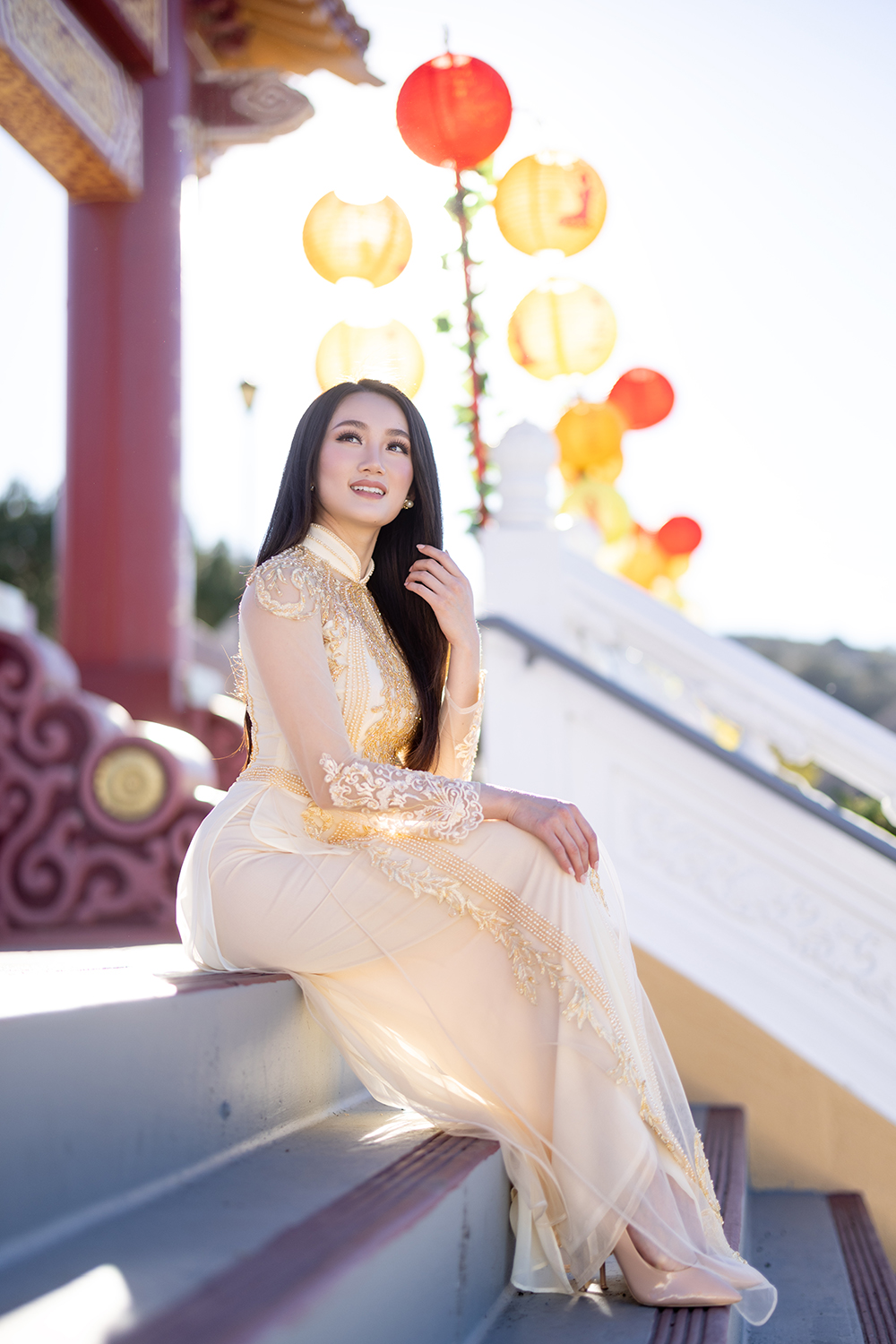 My An, 26, recently graduated from the University of Southern California (USC) with a degree in Music Industry. She pursued singing, studying, and performing at music centers after studying in the United States in 2015. In the new year, the singer toured the United States, Canada, and Australia, and released a new music EP. 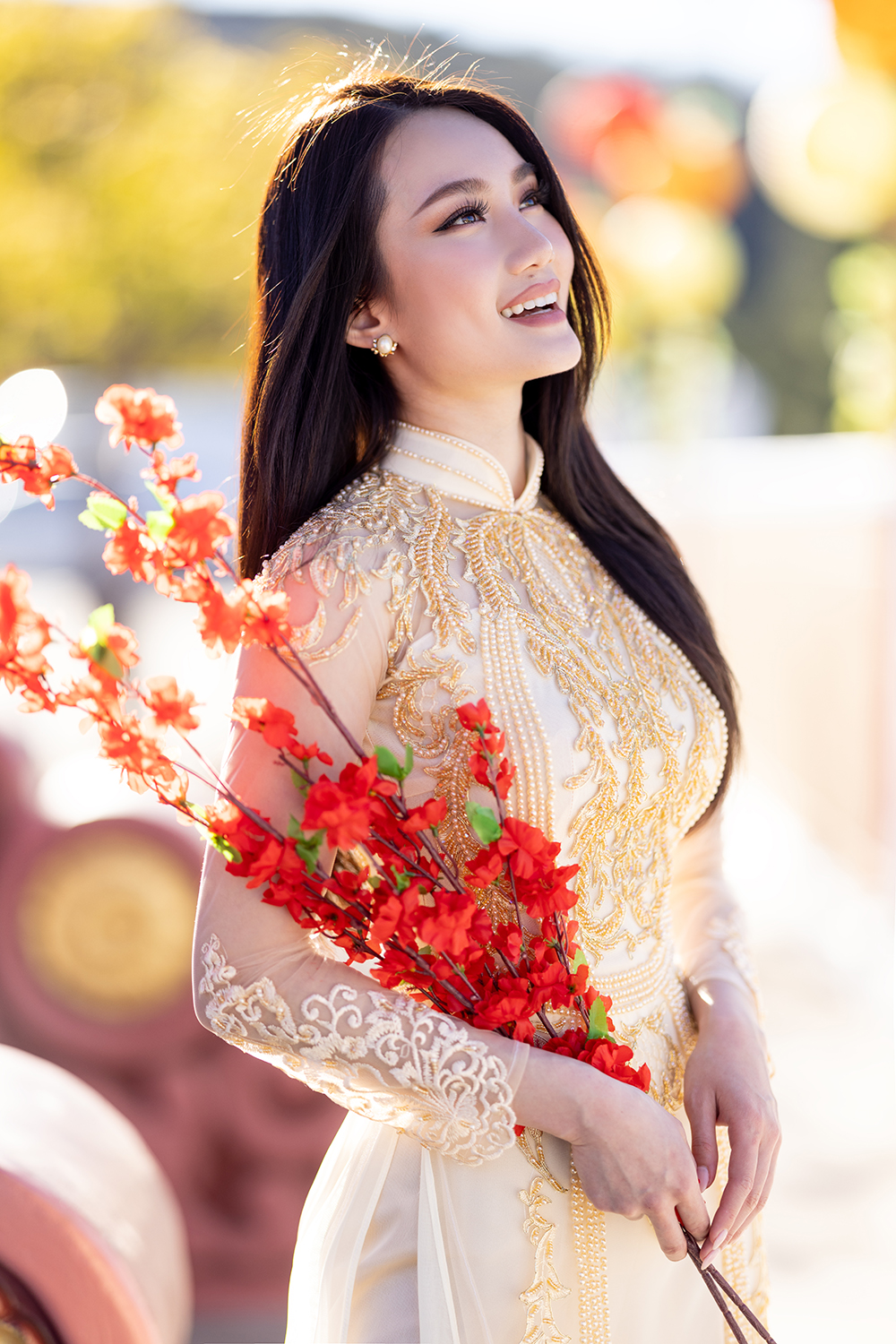 Hoang My An was born in 1996 and became well-known after winning the runner-up prize in the “Thử thách cùng bước nhảy 2013.” Prior to that, she won a gold medal at the Southeast Asian Championships (Malaysia), a bronze medal at the Asian Championships in Korea in 2008… When she moved to the United States, she performed on many international stages, eventually becoming a successful actress. famous for the songs “No More” and “Những ngày xuân rực rỡ”…