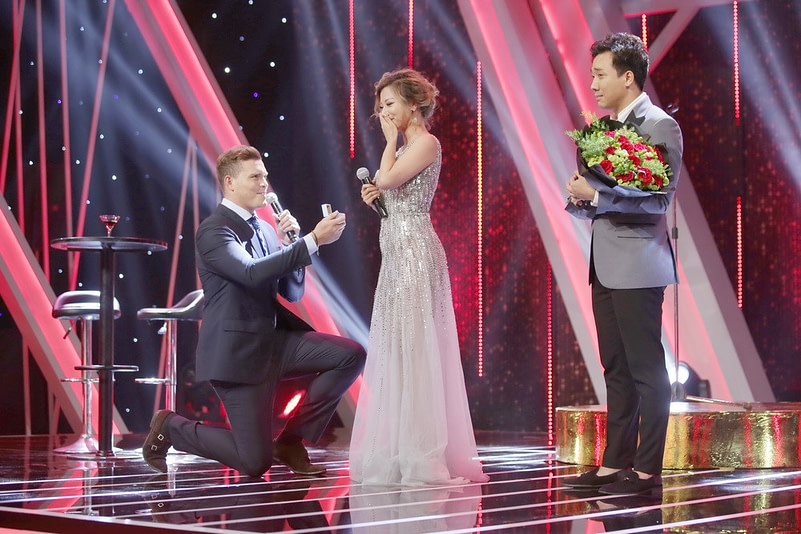 One girl has been selected in “Người ấy là ai?”, The French businessman suddenly asked to propose to Phuong Vu in the shock of the Tran Thanh, Huong Giang and all the people present at the studio.

TV program is catching the attention of the audience on HTV2 – “Người ấy là ai?” Has been broadcasting episode 2 extremely impressed with the shocking points belonged to the French businessman Jordan Baumgartner.

“Người ấy là ai?” Has the format of picking out the perfect man for the girl to join the show.
Miss Huong Giang has the “sứ mệnh” with the remaining 3 members in the single female support advisory board find the single most suitable male among the five boys in three groups: Độc thân, Đã có chủ và Giới tính thứ 3. 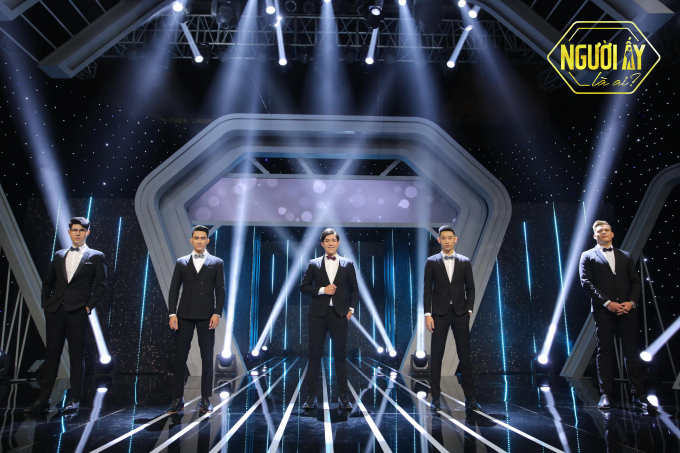 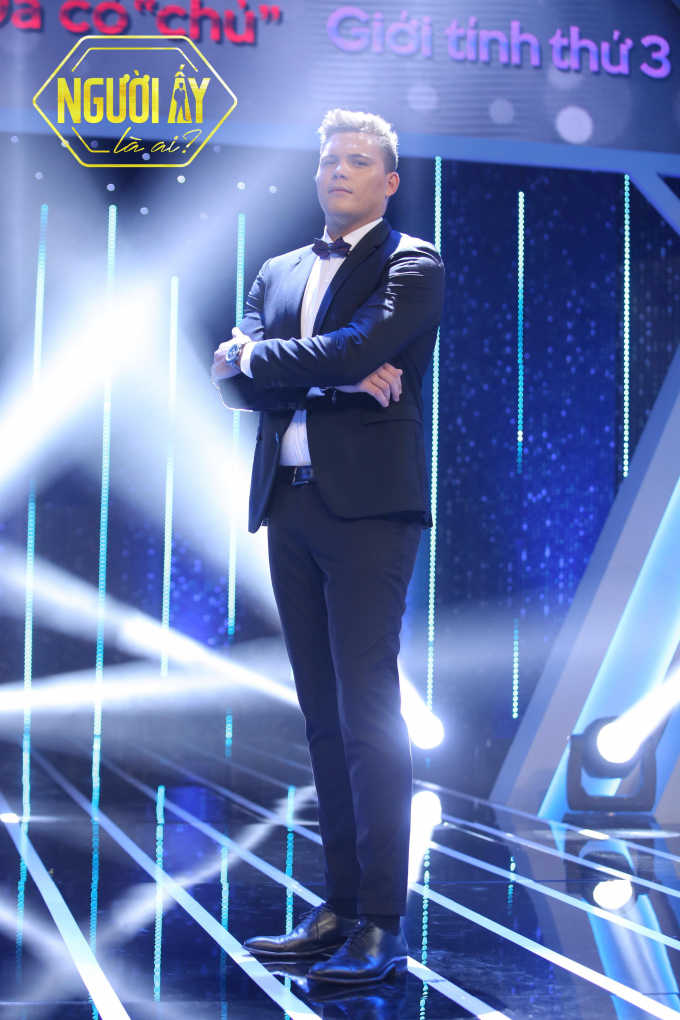 As one of the 5 boys featured in the second episode of the show, Jordan Baumgartner, with all his great strengths, has reached the “mắt xanh” of the lead character in this episode – Phuong Thao.

It is hard for female lead Phuong Thao not shaken by Jordan Baumgartner while she previously had an unforgettable love with an ex-Japanese American boyfriend.

Jordan Baumgartner is French but has lived in Vietnam for the last 3 years, he speaks good Vietnamese and gives people a sense of a solid, trusting boyfriend.

Baumgartner Jordan is 25 years old, has a substantial height of up to 2m, and is currently managing a French telecoms company in Vietnam. At the same time, he is also the director of a private real estate brokerage firm in the đất nước hình chữ S.

Perhaps, not only the female lead, but many female viewers feel that this guy is really a perfect choice to be a partner.

However, the most unexpected thing came soon after he was selected by Phuong Thao. Because Jordan Baumgartner admits that he has “Đã có chủ” and introduced his girlfriend in the audience – nữ ca sĩ Phượng Vũ.

Phượng Vũ started to be famous in the online community with the nickname “Cô gái vừa ăn vừa hát”. Then, she participated in the Vietnamese Voice and became one of the leading fighters in Mr. Dam. Phượng Vũ is now a very familiar name in shows, music shows of Vietnamese showbiz.

And this time, she suddenly became the main character “bất đắc dĩ” on television without the talent of singing for so long.

Not only introducing Phượng Vũ as his girlfriend, but Jordan Baumgartner also took the opportunity to propose to the singer of Hai Phong at the stage “Người ấy là ai?”.

Although surprised and moved to tears, Phuong Vu nodded in front of the boyfriend’s sincerity. The couple is scheduled to hold a wedding in early 2019.

Reportedly, the two had met during a group joint outing together with friends and Phuong Vu is the person who actively acquainted before.

She is completely based on her heart to decide to develop feelings for Jordan Baumgartner because he brought good feelings to Phượng Vu from the first encounter. And time has proved to Phượng Vu that her feelings are true.

Due to the nature of work, Jordan Baumgartner has to move a lot. In a year he made about 600 flights and was extremely busy. However, Jordan Baumgartner’s openness, closeness, and affection helped him and Phuong Vu become more attached. Two people share many things in life and work and a busy schedule can not become obstacles in the couple’s love.

Jordan Baumgartner revealed that he was “mê hoặc” by women and Vietnamese food. There are many things to keep you in the S-shaped land, and Phuong Vu is the most important reason.

Not only is the companion in life, coming in the form of “về Chung một nhà”, but Jordan Baumgartner and Phượng Vu will also jointly build Mooveezy real estate company as a “đứa con Tinh thần” mà cả hai cùng ấp ủ.