45.9k
views
ShareTweetSubcribe
Sharing is caring It's the biggest motivation to help us to make the site better.

VINASHOWBIZ – On May 9, “Ngọc nữ bolero” Tố My officially left for the United States to tour, she tour six shows in the Month of May. On May 28, her next destination was in Seattle singing along with the participation of other singers Ho Ngoc Ha, Le Anh Tuan, Thanh Hang, and Thai Hoang at Club Galaxy Muckleshoot Casino.
Presented in the charming ao dai, Tố My has led estimate over 800 spectators attending special Memorial Day event at Club Galaxy. Remarkably, the singer in turn performed a series of Nhu Quynh’s hit on the stage: Vùng lá me bay, Người tình mùa đông, Gặp nhau làm ngơ.
This is the first time that Tố My tour the US so she hope this tour will bring her more exciting experience as well as help her closer to the audience overseas. The singer revealed that she has set the trip calendar to United States not only in May but also in June and July. 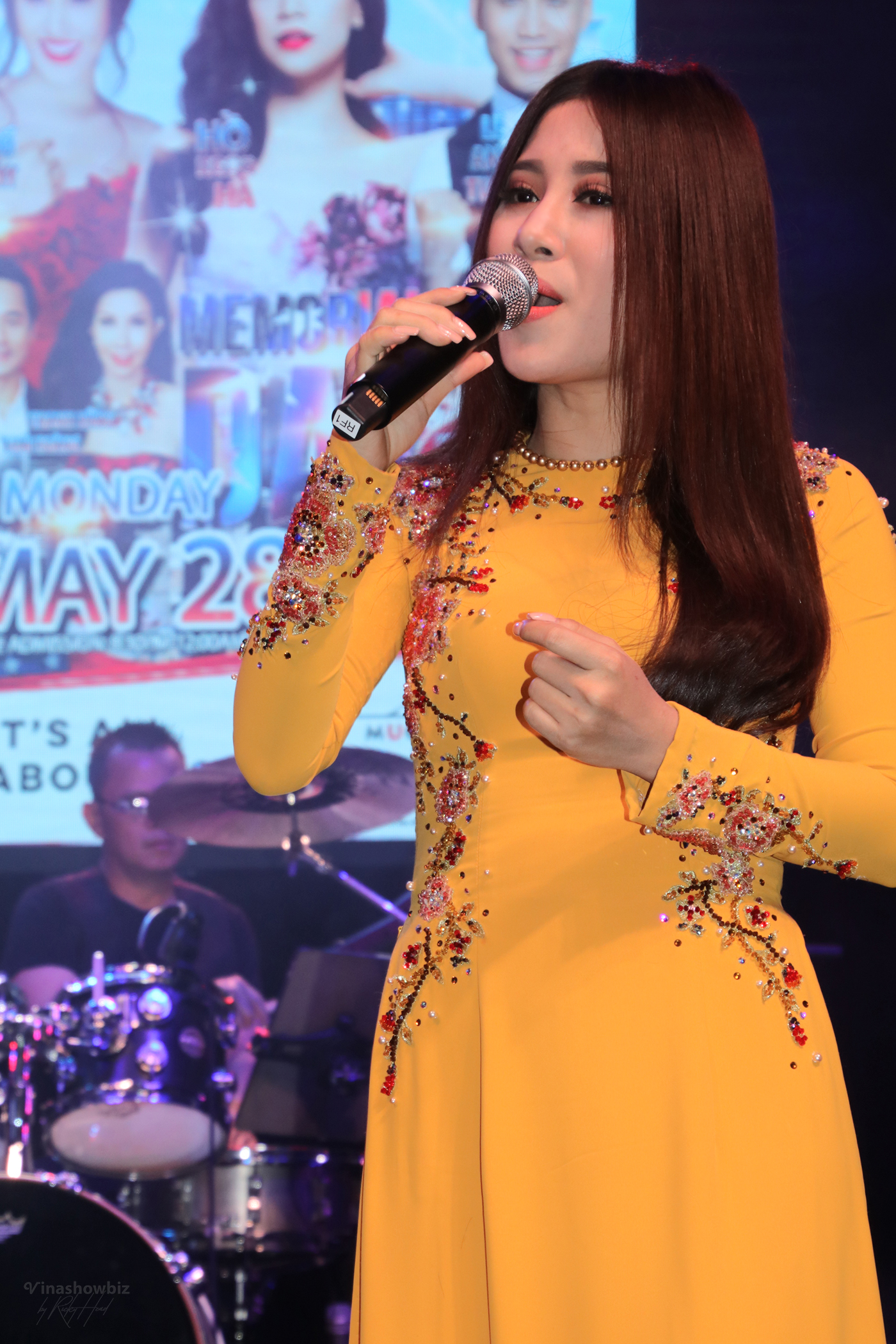 Trần Thị Tố My born on August 17, 1991, based in Da Nang. She is a law graduate, living and working in Ho Chi Minh City. Since childhood, she has been singing regularly in the arts and she has a special interest in bolero. Passion for singing prompted her to suspend her work as a lawyer, initially struggling with family objections, but later her parents understood and accepted her to pursue her passion.
After graduating from law degree at Saigon University, she found a job in Law. However, her passion for music prompted her to pursue art after two years in the law firm. She convince her parents to pursue her music.
Tại cuộc thi Biến Hóa Hoàn Hảo 2016 contest, Trần Thị Tố My has performed exceptionally well on her two songs, including “Nửa vầng trắng”, “Vùng lá me bay” and scored the highest scores from the judges. Unfortunately, personal reasons came along that she cannot completed the contest to go to the end of the program.
The sound of bolero sweet, over time Trần Thị Tố My gradually proved that she is one of the vocal progressive strikingly in the lyrical music she pursued. Tố My is also known as “Ngọc nữ bolero” as she has many special performances, contributing to bring bolero music closer to the audience.

45.9k
views
ShareTweetSubcribe
Sharing is caring It's the biggest motivation to help us to make the site better.
Share