27.1k
views
ShareTweetSubcribe
Sharing is caring It's the biggest motivation to help us to make the site better.

Bui Tien Dung and model Dianka Zakhidova held a wedding ceremony on May 22, 2022 at the resort in Ho Tram in BA RIA – VUNG TAU after two years of public dating.

Singer Ti Ti, a former member of the group HKT, stated that the wedding took place at 10 a.m., with family and a few close friends in attendance.

Dianka Zakhidova became a football fan favorite after only one night of dating goalkeeper Bui Tien Dung in 2020. Initially, the model born in 2000 denied it, claiming that they were just friends.

However, not long after, the goalkeeper born in 1997 confirmed his relationship with the Ukrainian model through a series of photos taken together on Zakhidova’s 20th birthday. Throughout their relationship, goalkeeper Bui Tien Dung frequently expressed his feelings for his model girlfriend. Zakhidova also made several appearances in the stands to cheer on her lover.

Their love story ended peacefully and happily with a wedding ceremony on the beach on the morning of May 22. More specifically, both were married on the same day that U23 Vietnam faced U23 Thailand in the final of the 31st SEA Games, which took place on the evening of May 22 at My Dinh Stadium.

The wedding ceremony was held off the beach in Vung Tau, and security was tightened. The bride entered the ceremony around 10 a.m. to applause from the guests. Groom Bui Tien Dung was overcome with emotion as he stepped onto the stage, holding his partner’s hand. He couldn’t hold back his tears and gave Dianka Zakhidova a sweet kiss. 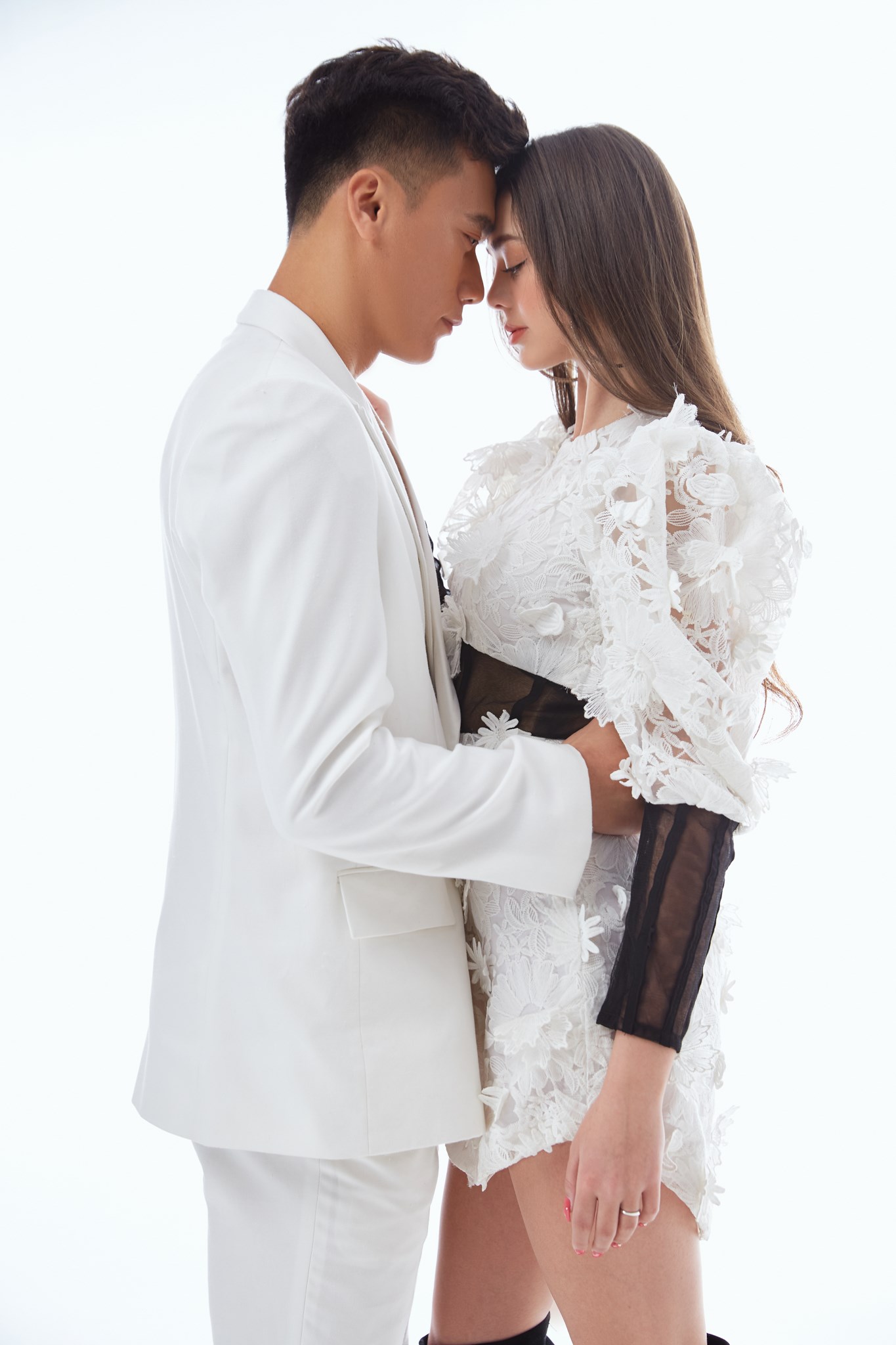 In the presence of family and colleagues, the two exchanged vows. On a special day, Zakhidova’s mother also sent her a message. “I am delighted to see my lovely, healthy children.” Today is a big day for two kids. As a mother, I only wish them the best and brightest. “You should love and care for each other for the rest of your lives, sharing joys and sorrows,” model mother Zakhidova said.

When the first pictures of Bui Tien Dung and the Ukrainian model’s wedding ceremony were shared on the personal page by friends, information about Zakhidova became public again.

Dianka Zakhidova was born in Ukraine in 2000 and currently lives and works in Ho Chi Minh City. She received her bachelor’s degree in Culture and Arts from Kyiv National University. She has also been a member of the basketball team for over 7 years and plans to continue participating in sports for a long time.

Zakhidova tried her hand at modeling after graduating from high school, taking advantage of her 1.73 m height and three round measurements of 85-63-92 cm. She is employed by the modeling agency Mix Models.

She has appeared on the covers of fashion magazines and collaborated with a number of brands as a model. However, Zakhidova’s name is little known in Ukraine.

The beauty’s life took a turn for the worse after she fell in love with Bui Tien Dung. Football fans and fans of male goalkeepers are interested in learning more about Zakhidova.

The 22-year-old model’s personal page gained a sudden following. She currently has over 54,000 followers on Instagram.

Zakhidova’s name has been noticed by many fashion brands and designers, in addition to the football-loving audience. Ukrainian models walk the catwalks. Designers Chung Thanh Phong, Le Thanh Hoa, and Ly Quy Khanh once asked Zakhidova to model their latest collection.

She worked hard to perfect her appearance after becoming well-known. She became a KOL and appeared in advertisements for numerous fashion and cosmetic brands.

Zakhidova stated in an interview that coming to Vietnam and establishing a career here was a blessing.

And it was by chance that she met her destiny, goalkeeper Bui Tien Dung.

Bui Tien Dung, who was born in 1997, once helped Vietnam win a silver medal at the 2018 Asian U23 Championship. With his attractive appearance, he has many fans and is frequently invited to participate in advertising photography and fashion shows. The goalkeeper is currently a member of the HCM City club.

27.1k
views
ShareTweetSubcribe
Sharing is caring It's the biggest motivation to help us to make the site better.
Share