The coronavirus pandemic is still impacting travel, and destinations around the world have different COVID-19 restrictions in place. While Hawaii has reopened for tourists, there is an ongoing discussion about how this will affect the local population. For now, please use our content as inspiration for a future trip. 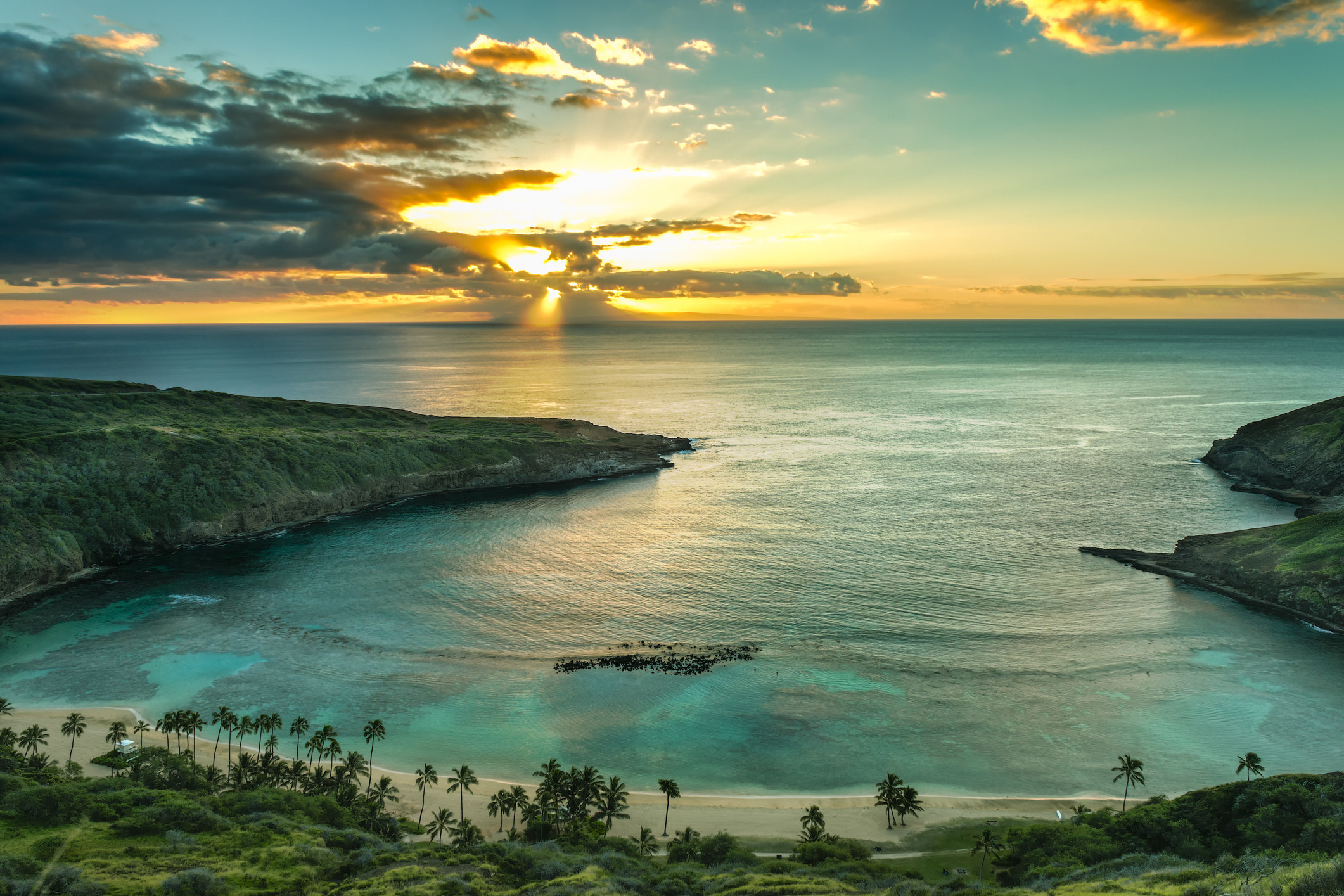 This bay is so beautiful and has such a rich marine ecosystem that Hawaiian royalty used to come here to fish and hang out. These days you don’t have to be regal to swim with the tropical fish and enjoy the views from the beach. The park was declared a protected marine life conservation area in 1967 and remains one of the most beautiful snorkeling spots in the state. 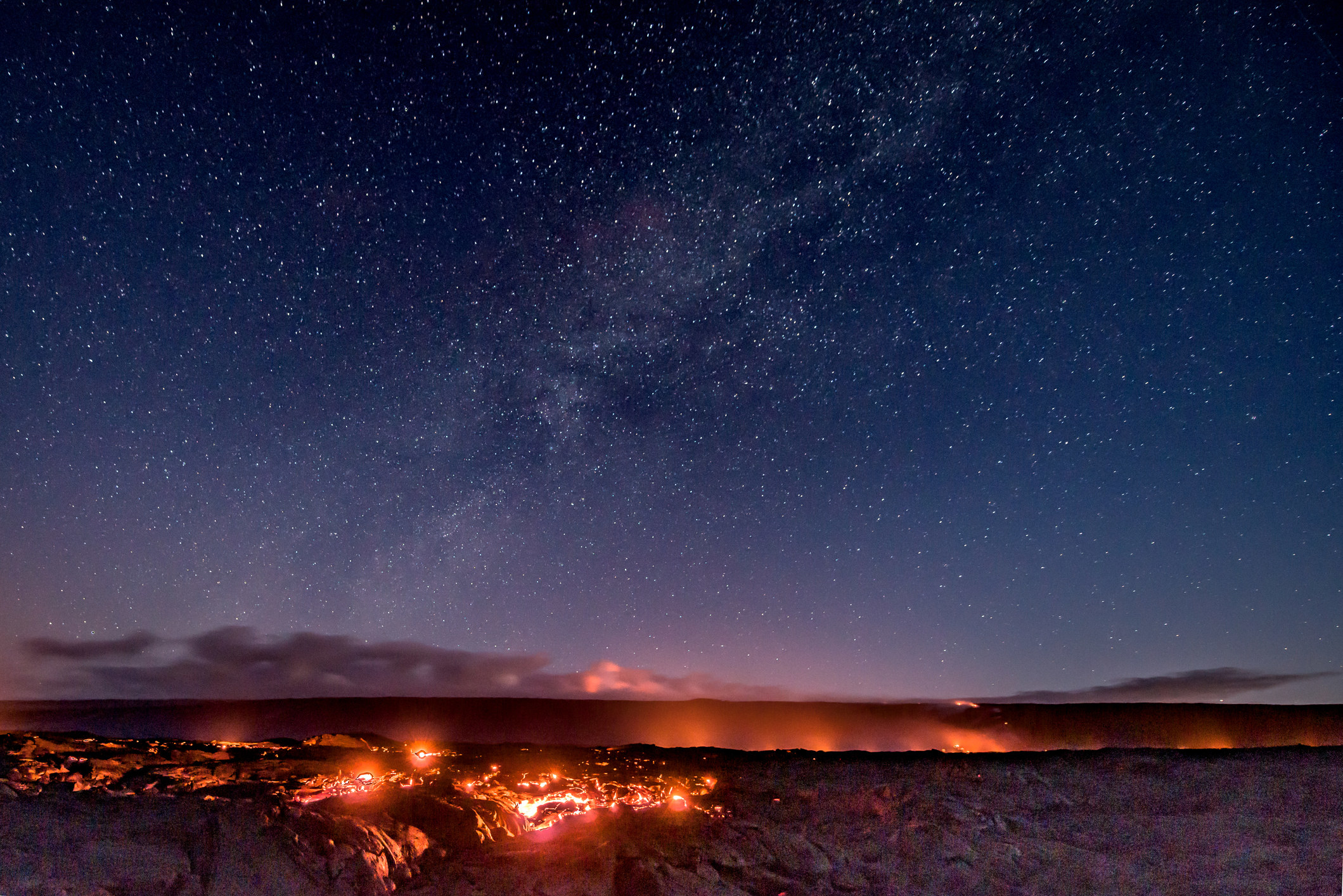 The island of Hawaii, aka the Big Island, maybe the largest island in the Hawaiian chain, but it’s also the youngest. The island was made from the composites of multiple volcanic eruptions, and it’s not done growing; there are still four active volcanoes on the island today. You can see two of these at Hawaii Volcanoes National Park, including Mauna Loa, the largest active volcano on Earth. 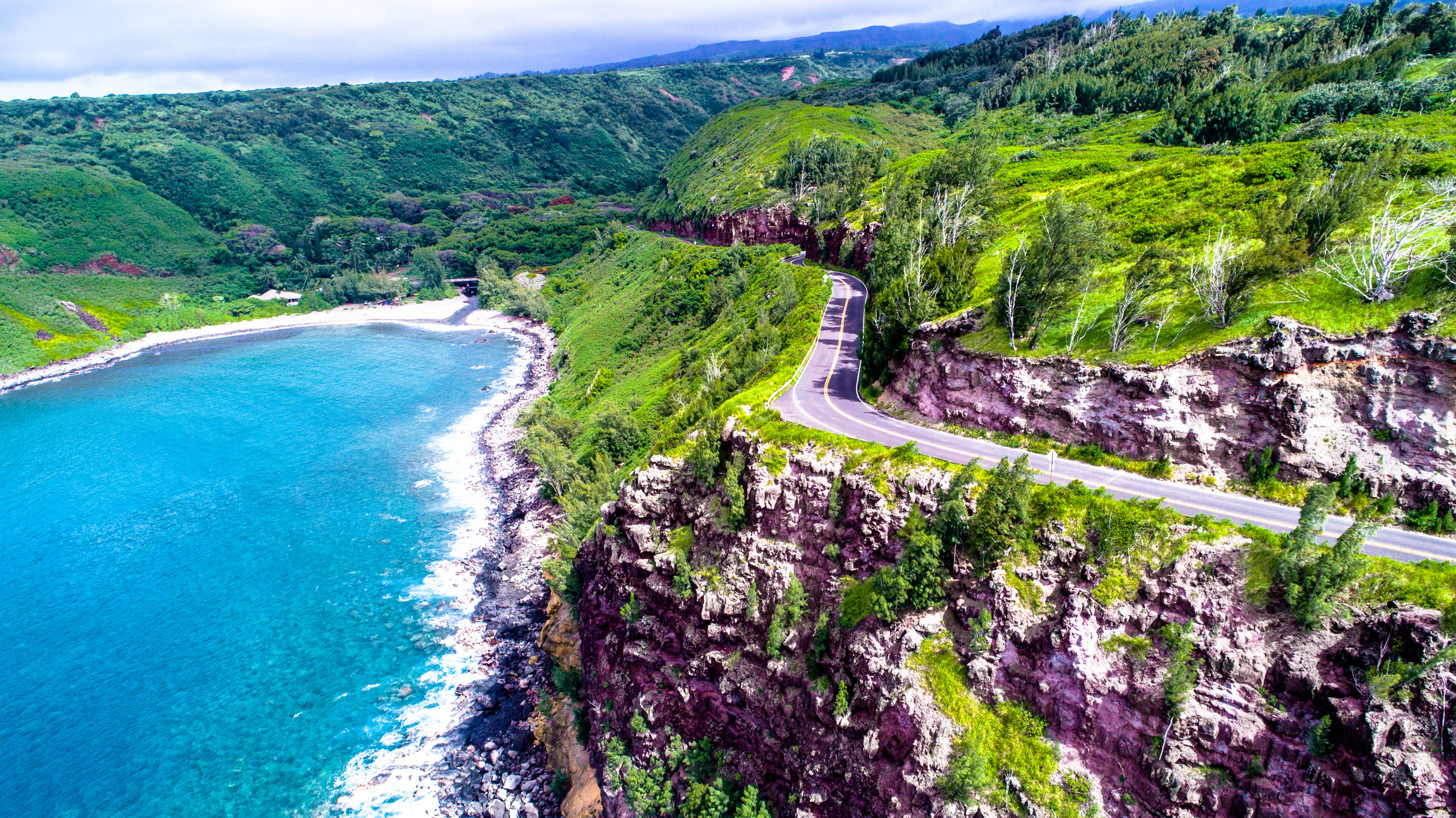 The road to Hana may be the Maui go-to, but there’s a reason for that. This 52-mile stretch of coastal road connects Kahului to the quiet town of Hana. It’s special because along the drive — which can take anywhere from two to four hours — you’ll pass waterfalls, swimming holes, lush rainforests, hiking trails, and plenty of incredible beaches. It’s practically impossible to stay in the car.

4. Keahiakawelo (Garden of the Gods) — Lanai

Most people picture lush green valleys and sprawling beaches when they think of Hawaii, but you’ll feel like you’re on Mars in Keahiakawelo, an otherworldly landscape of rock towers and boulders found on the northwest side of Lanai. The area is particularly enchanting at dusk when the setting sun brings out the rocks’ brilliant reds and oranges. 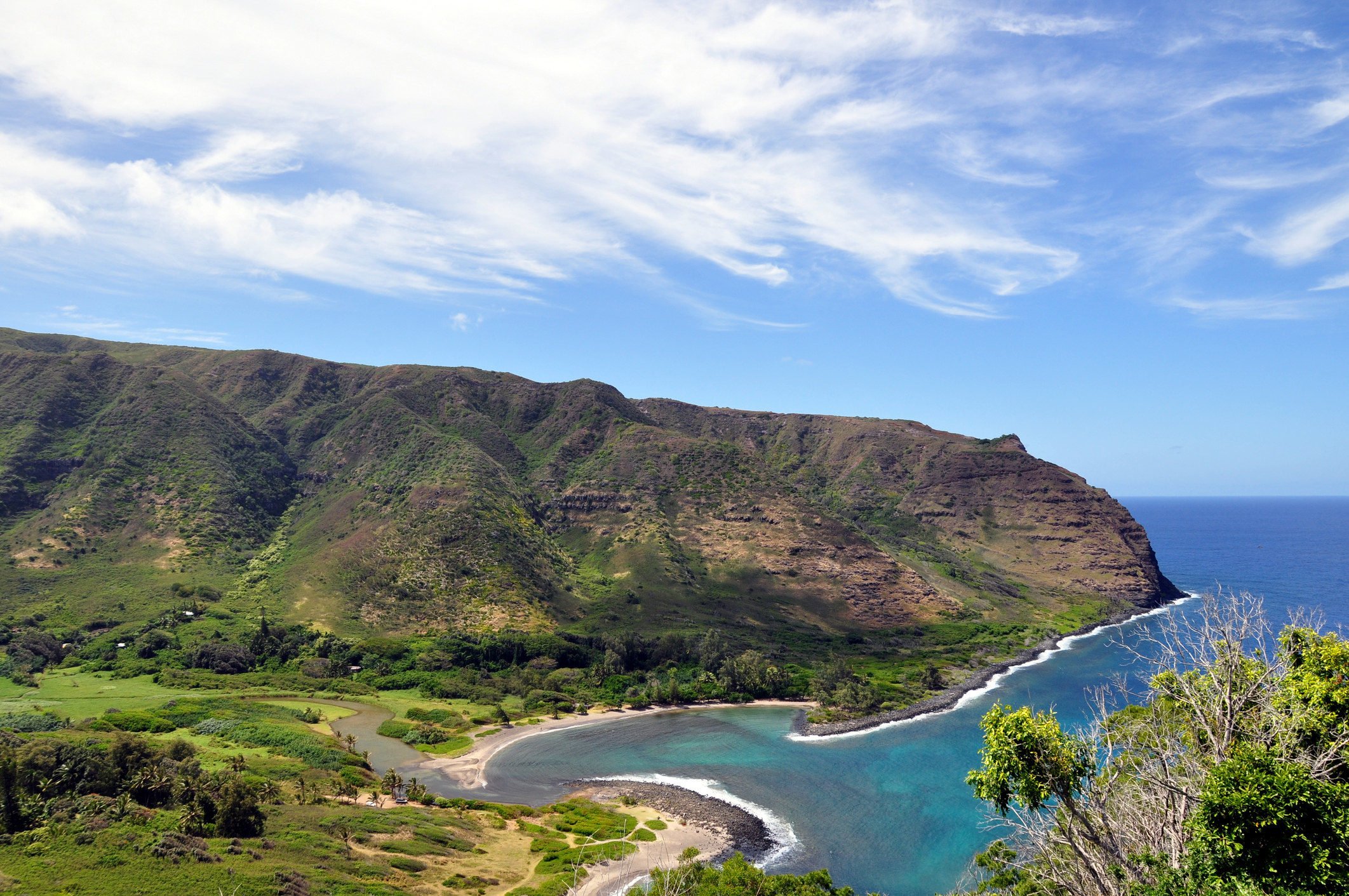 There’s something a little extra magical about the island of Molokai, which is home to a high percentage of native Hawaiians, the highest sea cliffs in the world, and the state’s longest continuous fringing reef (a reef found close to shore). It’s also where you’ll find Halawa Valley, a sacred place in Hawaiian history. What was once a place of worship and home to ancient Polynesians is now a destination of jaw-dropping beauty — from cascading waterfalls to rainforest-traversing trails and sprawling views. 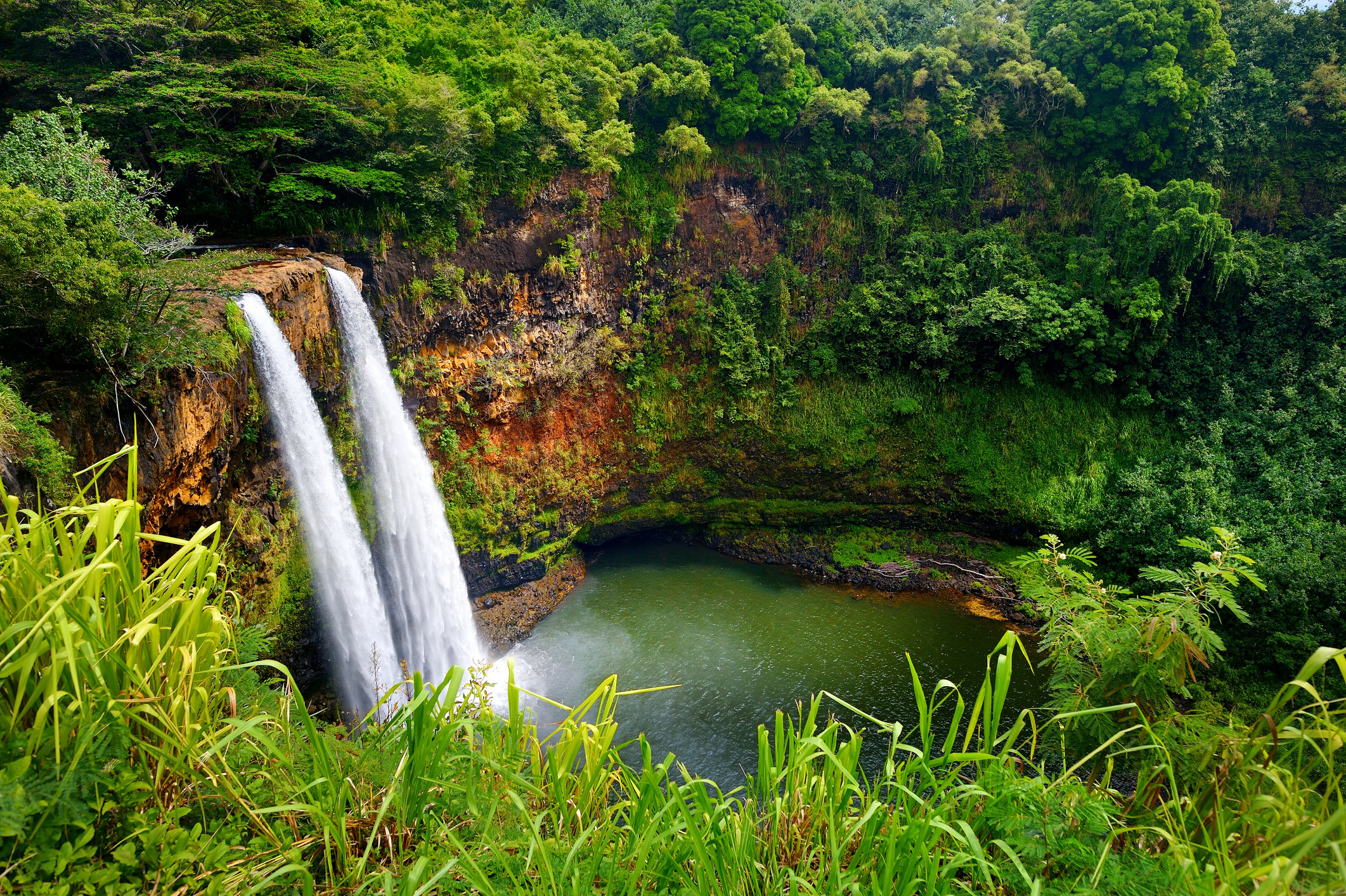 Hawaii wouldn’t be Hawaii without plunging waterfalls, and one of the best is found on the island of Kauai, also known as the “Garden Isle” for its expansive tropical rainforest. Here, you’ll find the impressive 200-foot Wailua Falls, made iconic by the ‘70s TV series Fantasy Island. 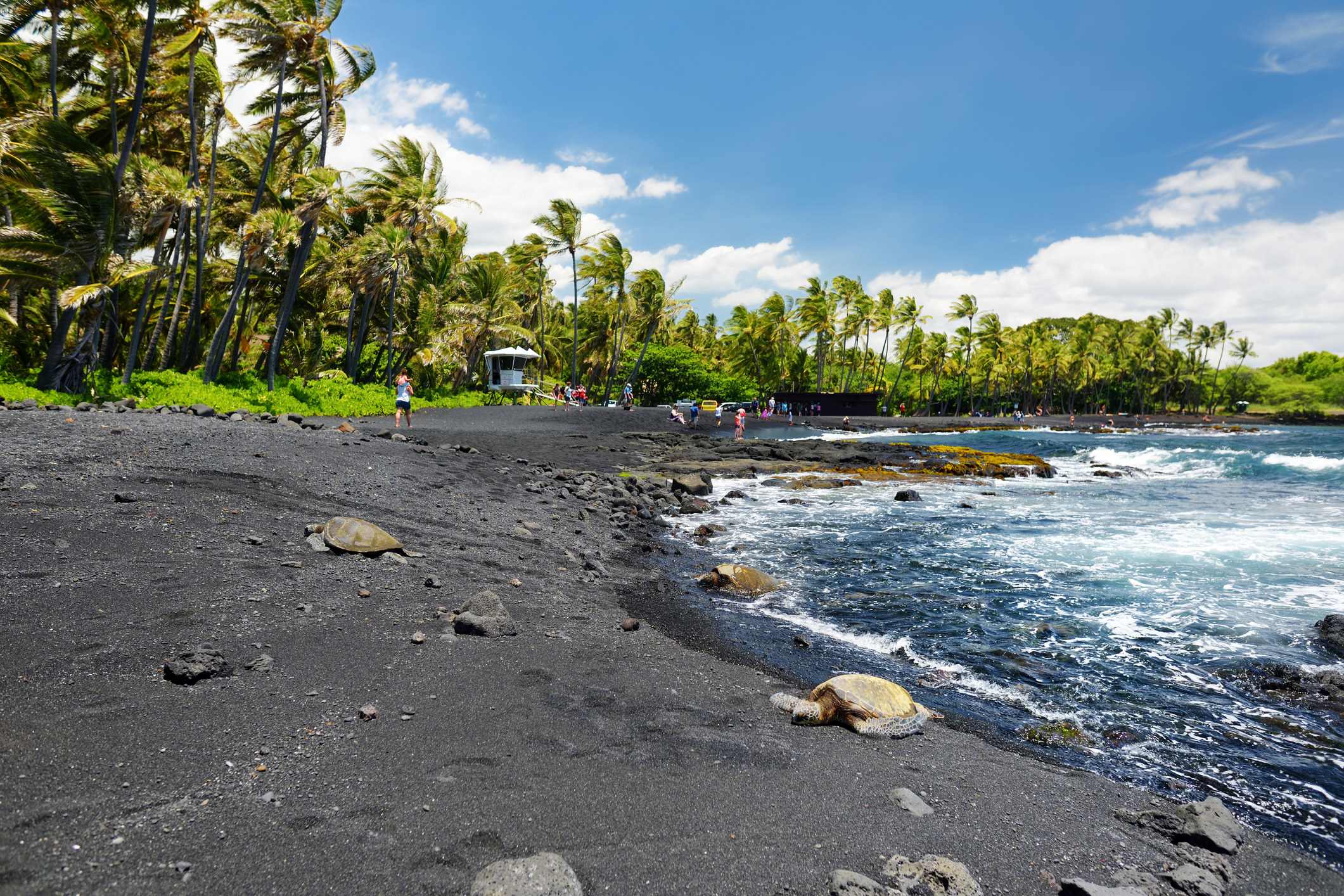 White sand beaches get all the attention; but if you ask me, black sand is the real showstopper. Often found in places with a volcanic history (here’s to you, Hawaii), black sand is the result of eroded volcanic material — think lava and basalt rocks. Punalu’u Beach on the southeastern coast of the Big Island boasts jet-black shores lined with palms. If you’re lucky, you might even spot a sea turtle soaking up the sun.

White sand beaches get all the attention; but if you ask me, black sand is the real showstopper. Often found in places with a volcanic history (here’s to you, Hawaii), black sand is the result of eroded volcanic material — think lava and basalt rocks. Punalu’u Beach on the southeastern coast of the Big Island boasts jet-black shores lined with palms. If you’re lucky, you might even spot a sea turtle soaking up the sun. 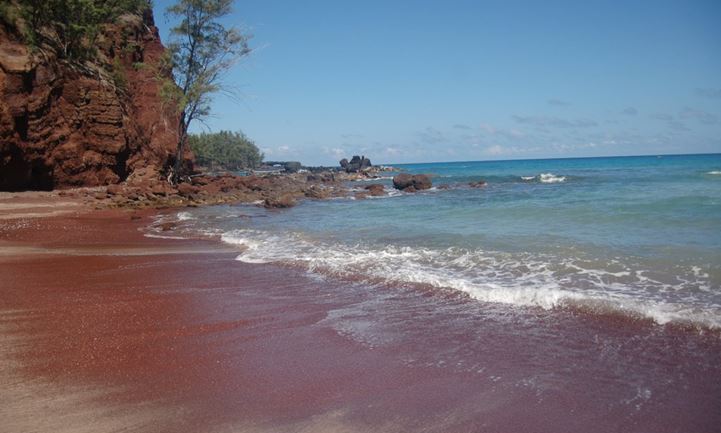 Once again, white sand feels overrated once you’ve experienced a different color palette. Koki Beach on Maui’s eastern shores has a unique dark red color that’ll make you forget all about the virtues of its powder-white counterparts. 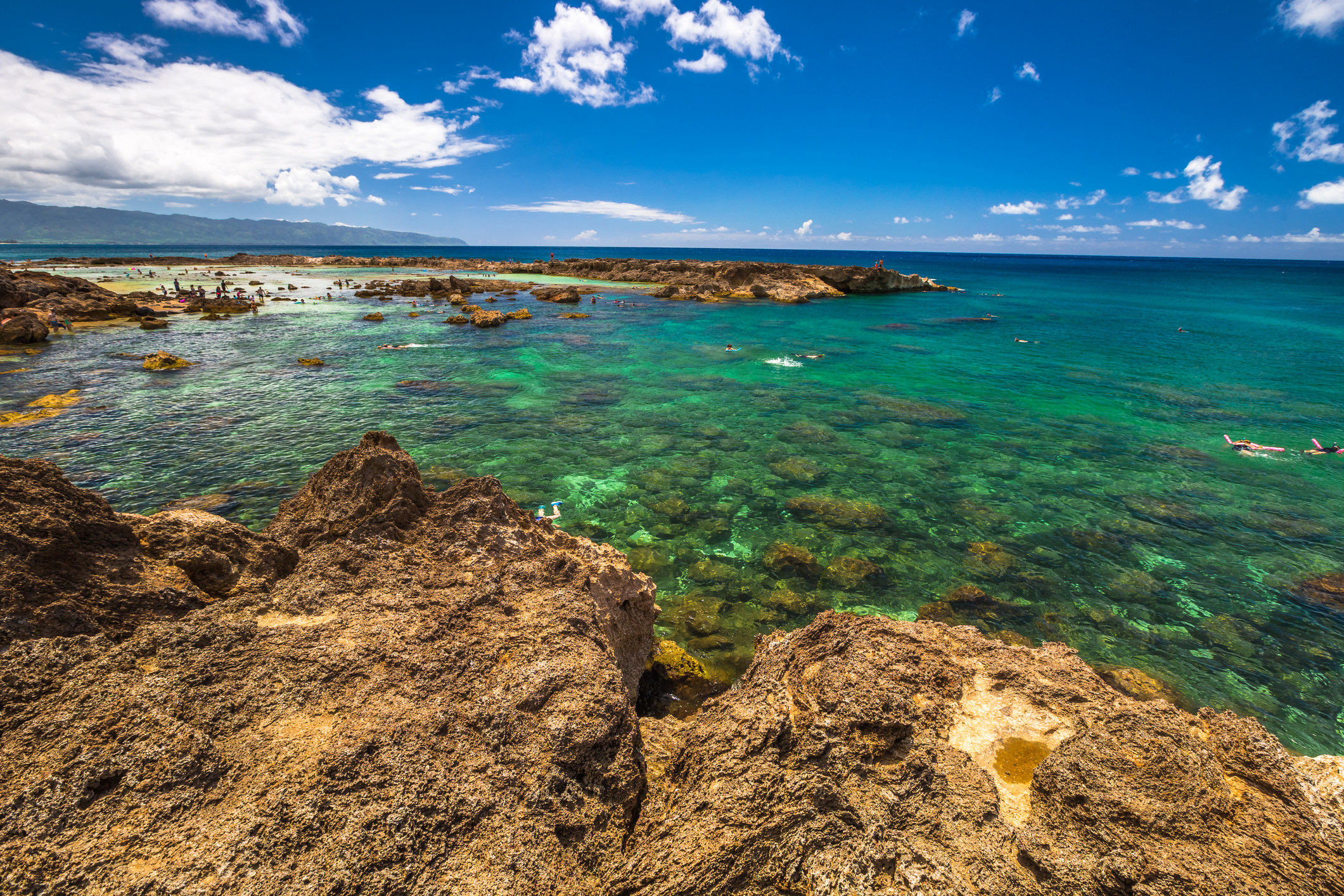 Just off the North Shore of Oahu is a semi-protected cove that just begs to be explored. When the water is flat, the bay draws snorkelers who come to explore the underwater rock formations and swim with the schools of fish that find refuge behind the cliffs. 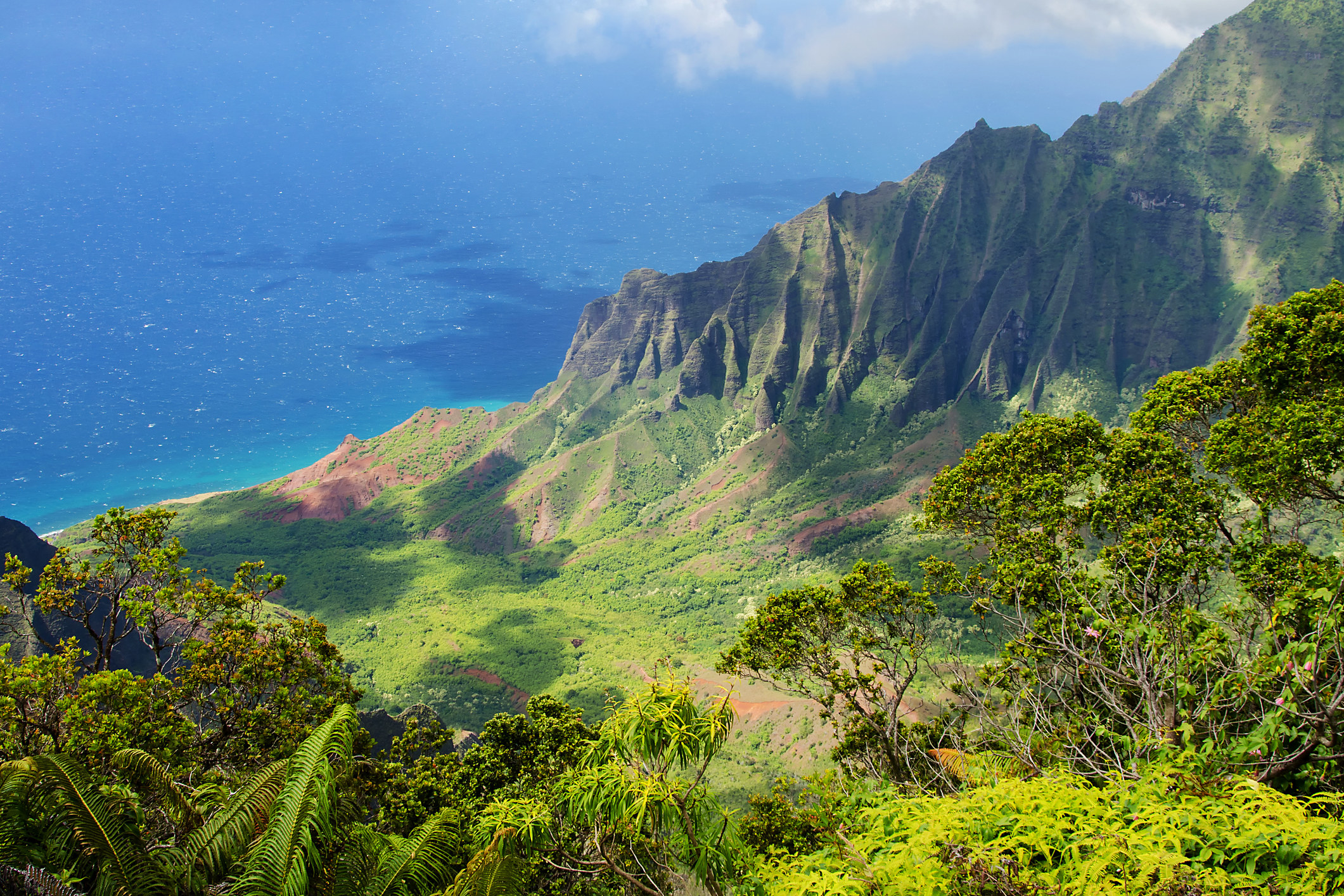 Kauai is known for its rainforest-rich terrain, but on the northwestern shores you’ll find cliffs rising thousands of feet from the water and narrow valleys that feel like they belong in Jurassic Park. If you’re feeling adventurous, take on the 11-mile Kalalau Trail, which runs through the park and ends at Kalalau Beach.